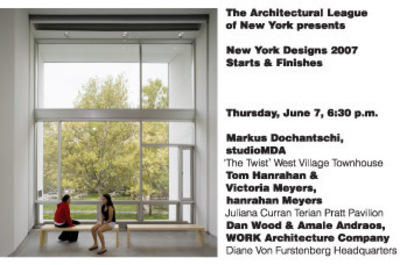 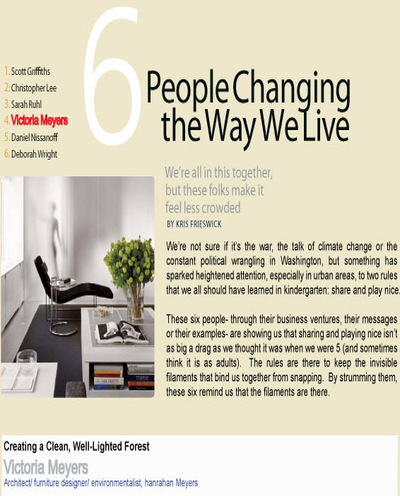 Six People Changing the Way We Live
by Kris Frieswick

Growing up surrounded by the wide spaces and light of Abilene, Texas, for half the year, and densely forested, rural Pennsylvania the other half, award-winning architect Victoria Meyers developed a lifelong craving for nature and light.  In her work she strives to bring both those elements into the projects designed by her and her partner Tom Hanrahan.  A devotee of architect Frank Lloyd Wright, Meyers says her modernist, minimalist designs "create spiritual places that put you in direct contact with nature."

Finding a way to do that in urban spaces like Battery Park City or a 1,600-square-foot urban loft in midtown Manhattan may seem impossible, and that's why her work has won so many architectural awards.  The firm's latest concept, a 60,000-square-foot community center near Ground Zero, is being designed as a platinum LEED-certified building - the highest designation of environmentally sustainable construction - and will manifest Meyers' design goal.  The community center, which is slated for completion in July 2012, boasts a 500-foot-long "Wall of Light" that will pour natural light into all of the building's primary spaces.  A preliminary plan also calls for music, based on water, in a piece composed by friend and collaborator, Michael Schumacher.  The glass wall will "reach out to the rest of the environment in a very vocal way that says this is a part of what we need to be as a civilization," Meyers says.  "Maybe clean water, or a bird species is more important than having 24 different jackets, each of which is disposable at the end of the season."

See more from hMa at hanrahanmeyers.com . 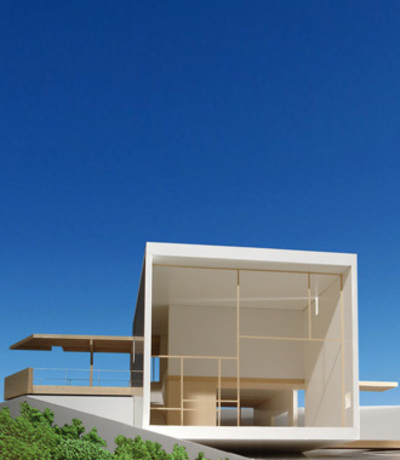 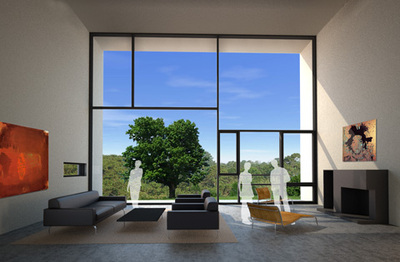 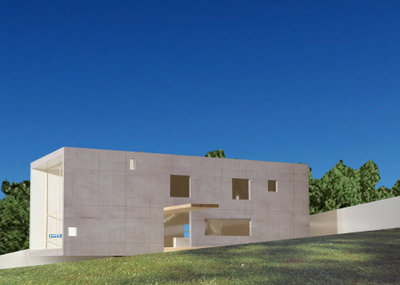 See-Thru House is a 3,000 square foot residence designed for the Urban Reserve development in Dallas, Texas.  Urban Reserve is a new development with tight design standards, and a roster of selected architects hired by the Developer.  hanrahanMeyers are one of two New York firms chosen as architects for the development.

See-Thru House is conceived as a rectangular tube of space open from West to East.  Objects placed within this tube create a second floor area for three bedrooms, with kitchen and dining room below.  The main view of the house is to the West, looking at the Upper White Rock Creek, a natural preserve and wetlands.

Learn more about See-Thru House and other houses at Urban Reserve at urbanreserve.net .