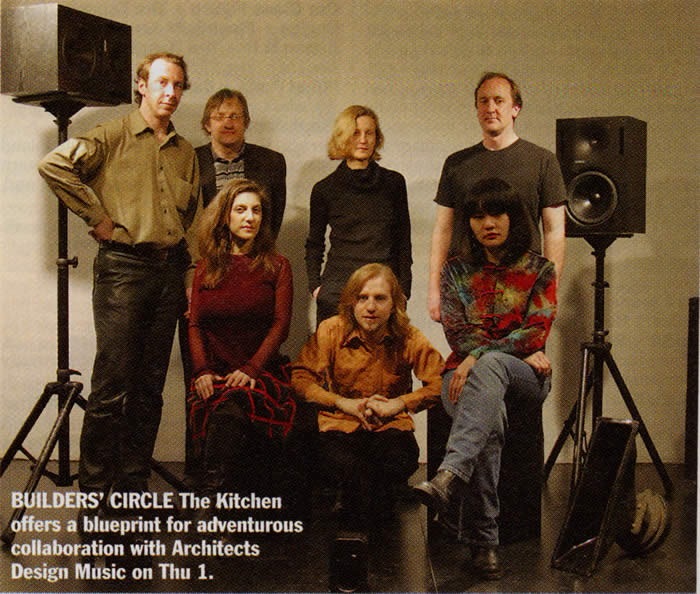 Above:  Victoria Meyers poses with the other performers.  Architects Perform Music was presented at the Kitchen Space for Performance and Art.  Collaborators include Michael J. Schumacher, composer. 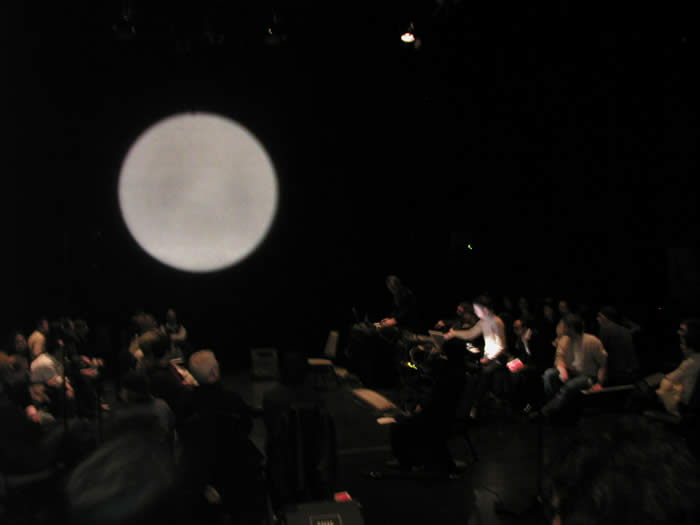 A view of the performance of Victoria's 'LightScore'. 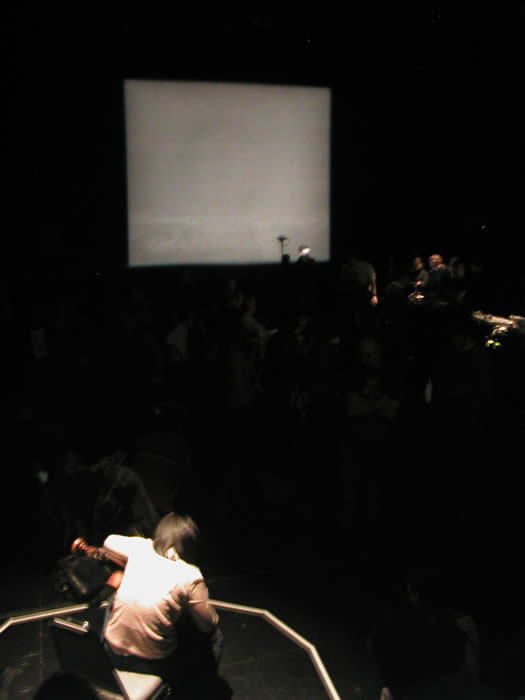 The Cellest who participated in Architects Design Music.

New Sound, New York, presented by the Kitchen and Cooper Union's School of Architecture with Time Out New York.  'Architects Design Music' is an indoor performance of electronic and interactive music at the Kitchen.  NSNY embarked from a legendary starting point:  the Kitchen's 1979 New Music, New York.  In that festival, Laurie Anderson, Robert Ashley, Steve Reich, Pauline Oliveros, Meredith Monk, and Phillip Glass established the basis for much of the new music and sound art.  The performance presented here was part of the the 25th anniversary gala celebration of that event.

Below: The Poster for 'New Sounds New York'.  Above:  Victoria's original LightScore, performed by the musicians. 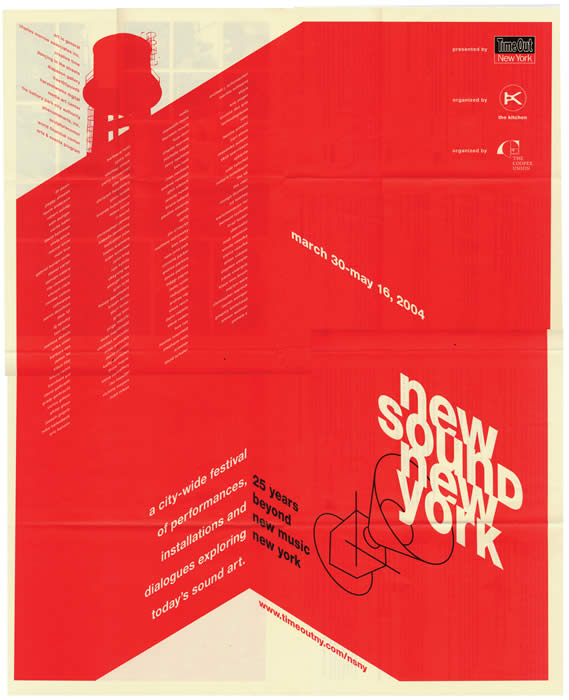 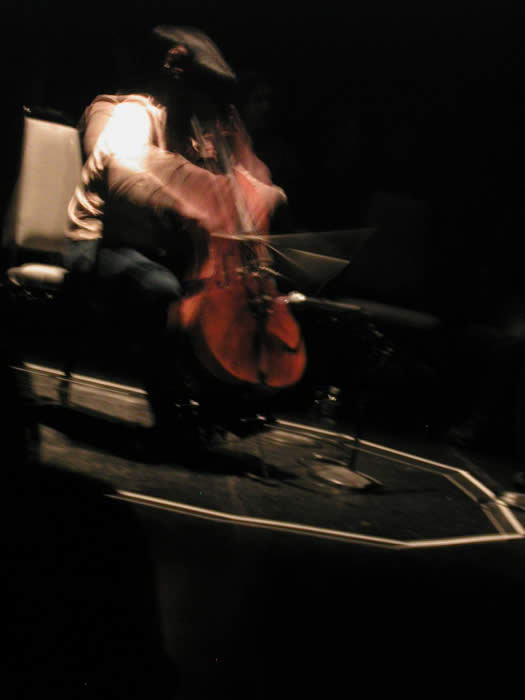 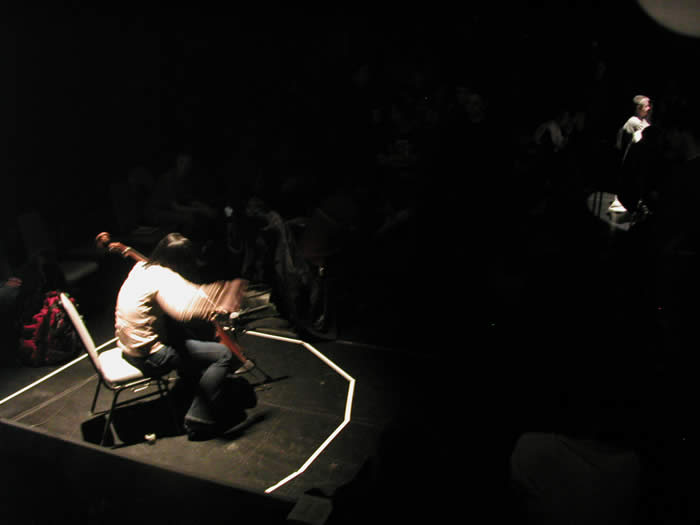 Below:  Projection of the 'LightScore':  Circle. 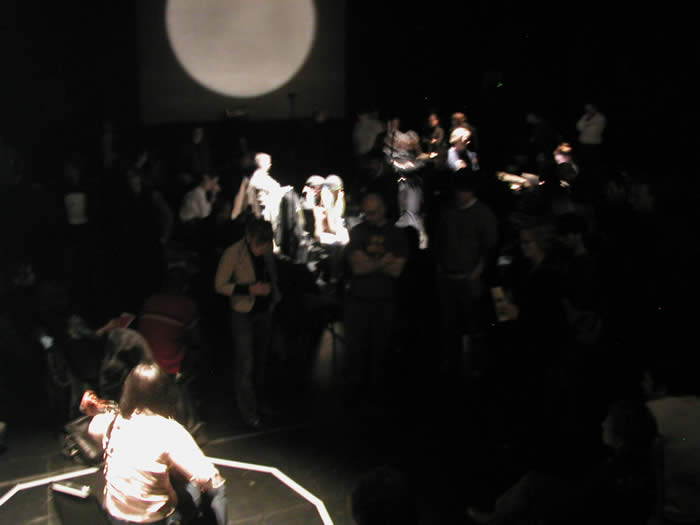 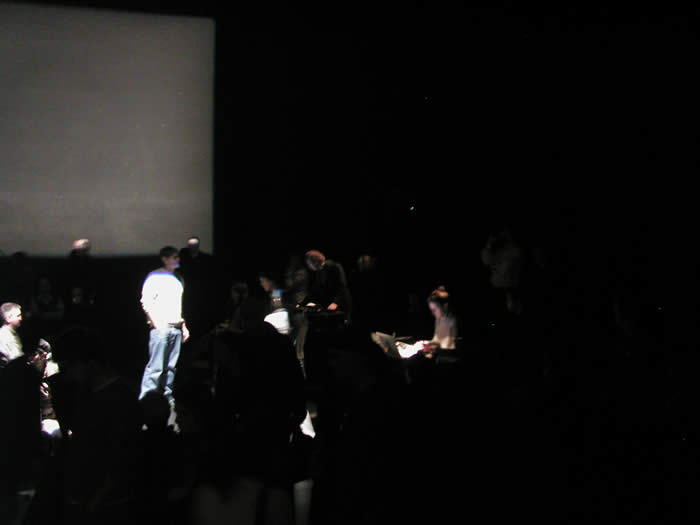 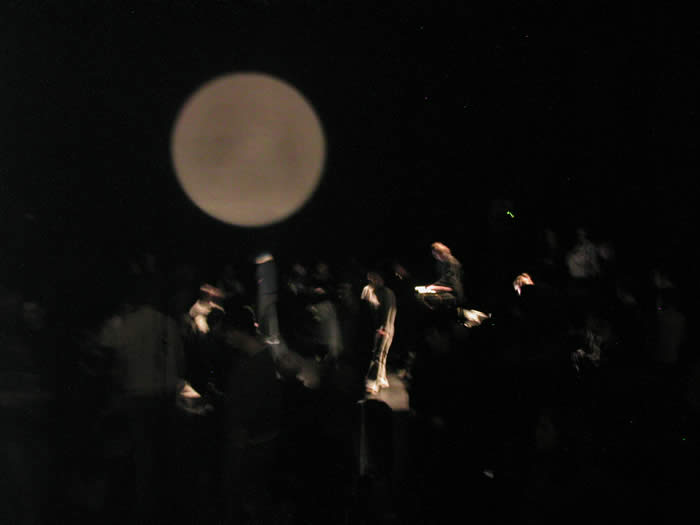 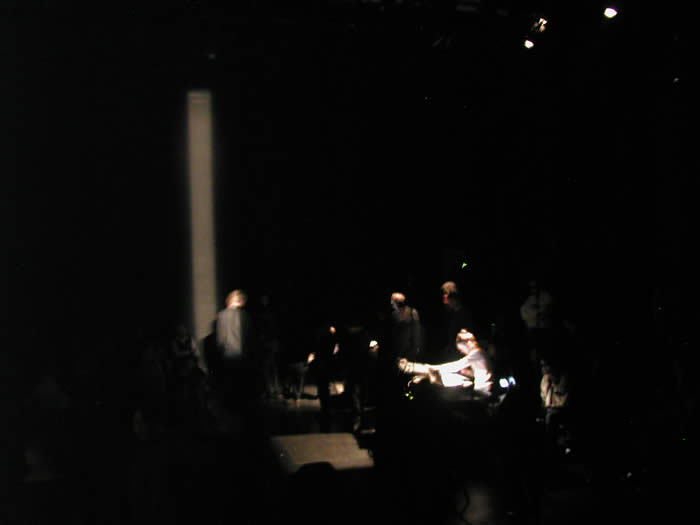 Above:  Final projection of the LightScore:  Line, to end the piece.

NSNY's live series was co-curated by the Kitchen's Christopher McIntyre, with guest curators for each event.  The celebrations opened with composer and Diapason Gallery founder Michael Schumacher's Architects Design Music.