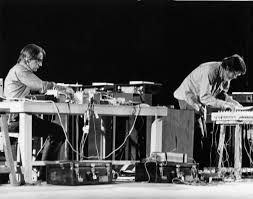 Spring 2014:  Victoria Meyers architect is presenting a course in Sound Urbanism / Sound Ecology, at the University of Cincinnati's Graduate School of Architecture.  Soung Urbanism / Sound Ecology investigates how sound is part of our understanding of space. The course covers topics as diverse as Sound Art, looking at the works of Sound artist Stephen Vitiello;  to sound ecology, investigating the researches of David Dunn, a New Mexico based sound artist who uses sound to remediate damaged eco-systems. 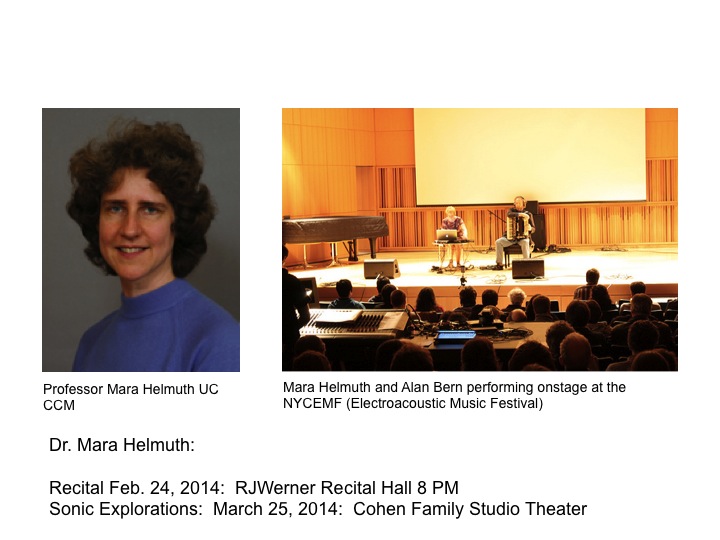 Thursday, February 23rd at 6 pm, Dr. Mara Helmuth will be attending Victoria Meyers' Sound Seminar at the University of Cincinnati.  Dr. Helmuth, who is the Director of the University of the CCM Center for Computer Music, will be having a CCM Faculty Recital at 8 pm on February 24th, and will also be presenting her original sound compositions as Sonic Explorations at 8 pm on March 25th.

Meyers' students plan to spend the semester devising a box, similar to Duchamp's 'Boite-en-Valise', to present to Dr. Helmuth, at the end of the semester.

Above and Below, 'Boite-en-Valise', Marcel Duchamp's 'Box in a suitcase', devised by the artist as a miniature gallery of his works. 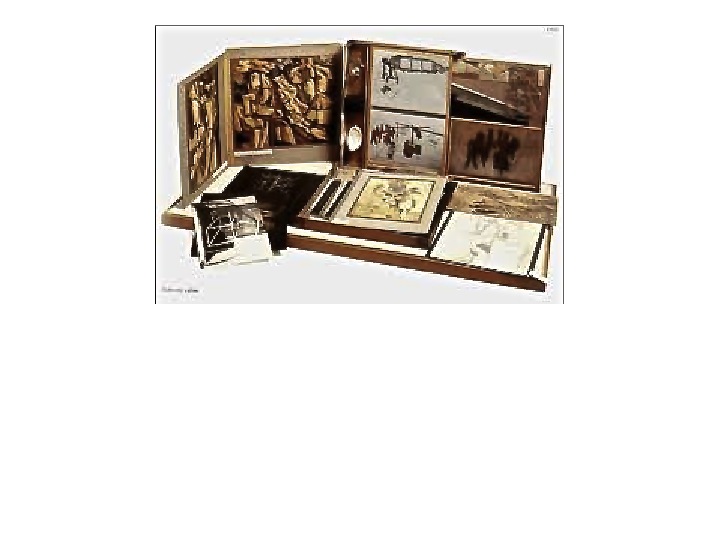 Dr. Helmuth will be addressing Meyers' Sound Urbanism class, discussing ideas about Iannis Xenakis, whose works with Le Corbusier, as well as his compositions after he left Corbusier's atelier, can be interpreted as transcriptions of sound into built forms. 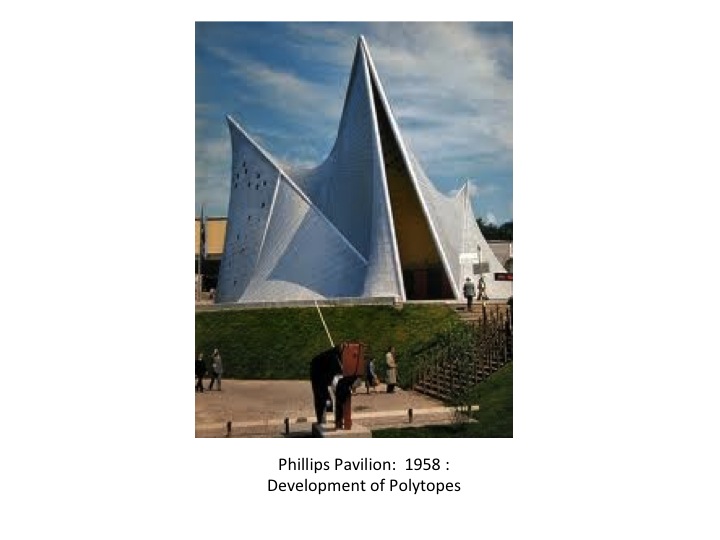 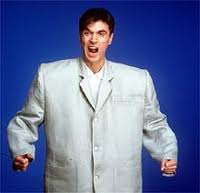 Next week, the class will discuss David Byrne's book:  'How Music Works', with a focus on Byrne's work as a performer, including his insight into the sound effect of various performance venues, from street corners, to clubs, to Carnegie Hall.

I noted that one of my new friends in Turkey made a post about my lecture.

I have many amazing and beautiful shots of Turkey to share on my blog, and on facebook! Soon! 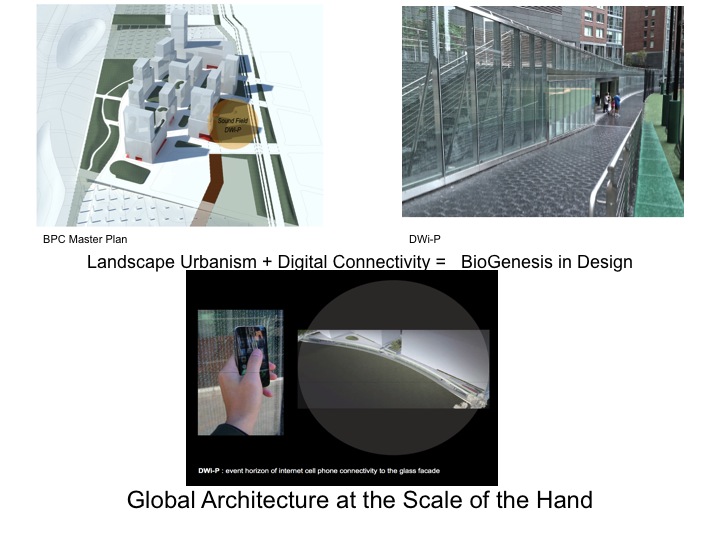 Every major city or town features signature ‘soundmarks’, that, when sounded, place one, virtually, in that city or town.  The ‘placeness’ of soundmarks speaks to how memory operates.  The placeness of soundmarks is a Proustian idea about connections to place through the action of, what Proust identifies as, ‘involuntary memory’.

Sound Urbanism, the study of cities and urban places through their relationship to sound, relates to the study of ‘soundmarks’ (a word relating sound to landmark), and to contemporary ideas about samples and sampling.  Samples and sampling speak to the operation of piecing together bits and pieces of sounds to generate a new place, created out of the sound-pieces of various originary soundmarks.

In the City of New York, signature soundmarks include the subway and the Staten Island Ferry.  The subway and the ferry are examples of soundmarks that have evolved as part of the daily rituals of New York City.  In addition to the everyday sounds of New York, there are also sounds planted in the city, by artists with the intention of creating new signature soundmarks.  The sound artist, Max Neuhaus, for example, installed a significant soundmark in New York, with his installation in Times Square.  The Neuhaus piece can be ‘seen’ and heard, in an episode of the New York Times’ Sweetspot:  http://artsbeat.blogs.nytimes.com/2013/02/15/the-sweet-spot-feb-15/?_r=0.  Neuhaus’s installation is a signature piece of New York City memorabilia, similar in scope and importance to Milton Glaser’s ‘I love New York’ logo.

On a very different note, the small Italian Medieval town of Ravello is famous for its churches, with medieval bells that ring daily, at dawn.  The bells of Ravello were recorded by American composer John Corigliano for his work, Compane di Ravello, in recognition of their power as signature soundmarks of this place. 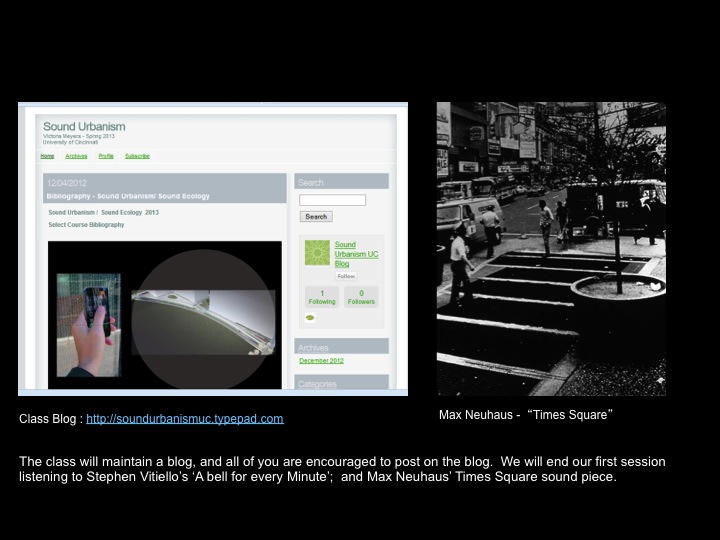 The French composer Edgard Varese (1883 – 1965) wrote his poeme Electronique for the Phillips Pavilion in Brussels, Belgium, which opened at the 1958 World’s Fair.  The Phillips Pavilion was a demonstration of the most modern and sophisticated technologies for producing sound, light, and construction at that time.  Varese used the Pavilion’s parabolic surfaces to broadcast his electronic composition, which he developed working with scientists at the Phillips’ Laboratories. Varese’s poeme is exactly eight minutes long, and was broadcast to support the promenade of the public walking through the pavilion.  The public entered into the pavilion every eight minutes, in a sequence timed to Varese’s piece, and  vacated, when the piece finished, to make way for a new group.  The Pavilion hosted over two million visitors and was a signature work in the history of modern architecture.  The poeme Electronique is a historical soundmark for this momentous event in the history of architectural and urban design. 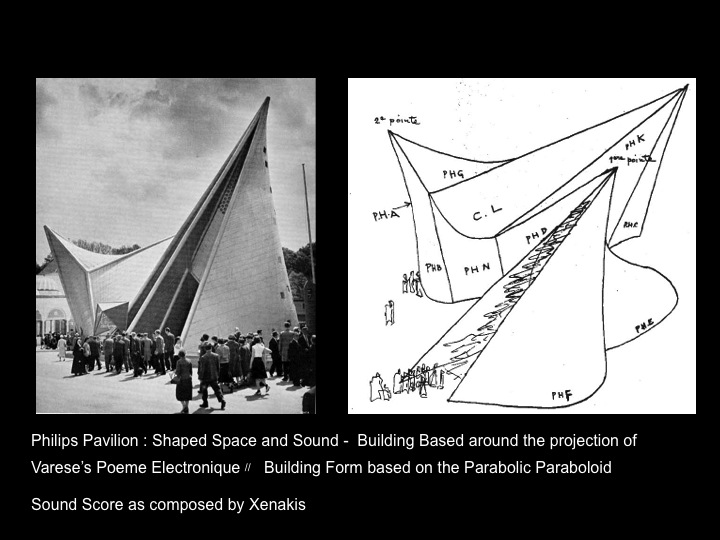