Sound Seminar 5: 'Thelonious Monk, Jazz, and Emergence from Calculus to Cage, and from C.Parker to O.Coleman 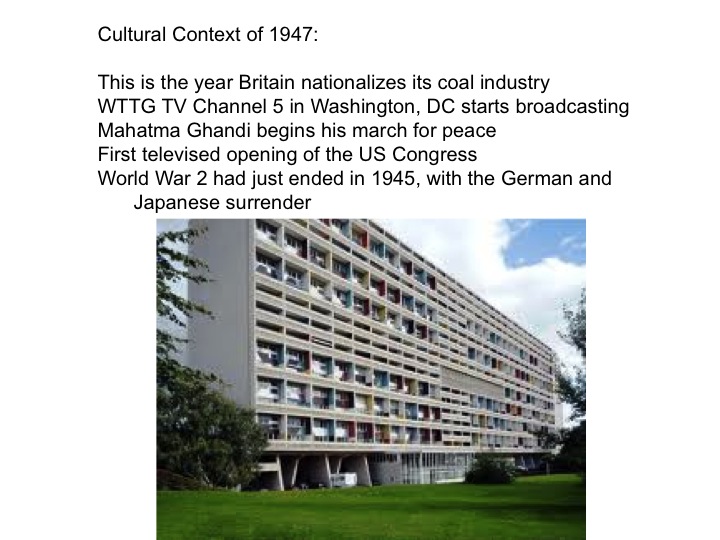 For session 5, we look at the works of Xenakis and Le Corbusier, and contemporary influences on their works.  This would include the incredibly rapid changes that occurred both socially technologically, fueled by World Wars I and II. 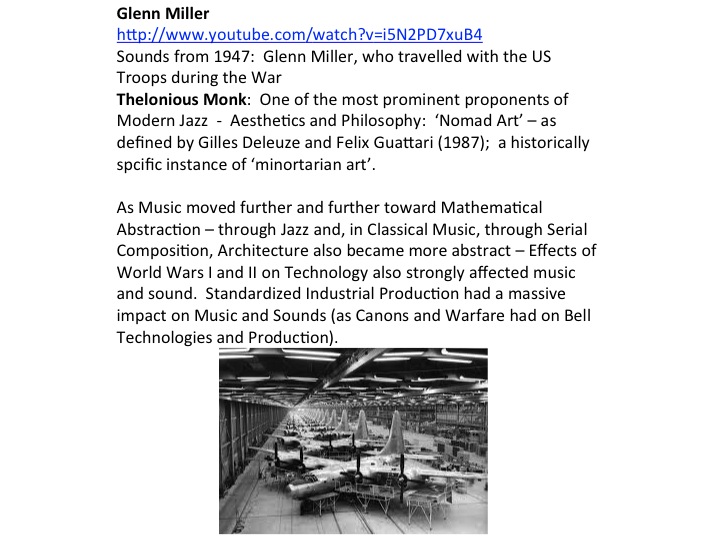 The music of that time reflected many of these changes, especially Jazz, and the work of artists such as Thelonious Monk.  Martin Rosenberg relates many of these changes not only to technologies of mass production demanded by the wars, but also to concepts of 'complexity and emergence' in physics and cognitive science. 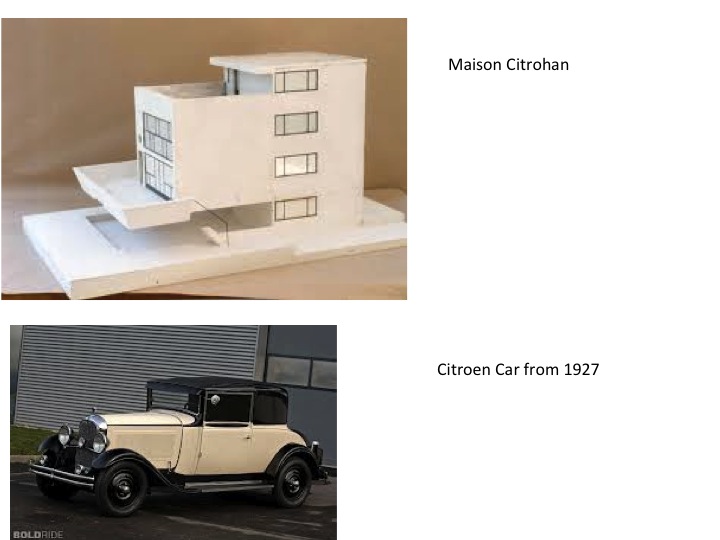 Le Corbusier and his atelier, including the amazing Iannis Xenakis, could not help but be strongly influenced by these changes.  This would include Le Corbusier's direct reference to factory produced cars such as the Citroen (Maison Citrohan).

The fascination with the machine is also reflected around the same time, in the sound works of Pierre Schaeffer, who invented the idea of 'Musique Concrete'. 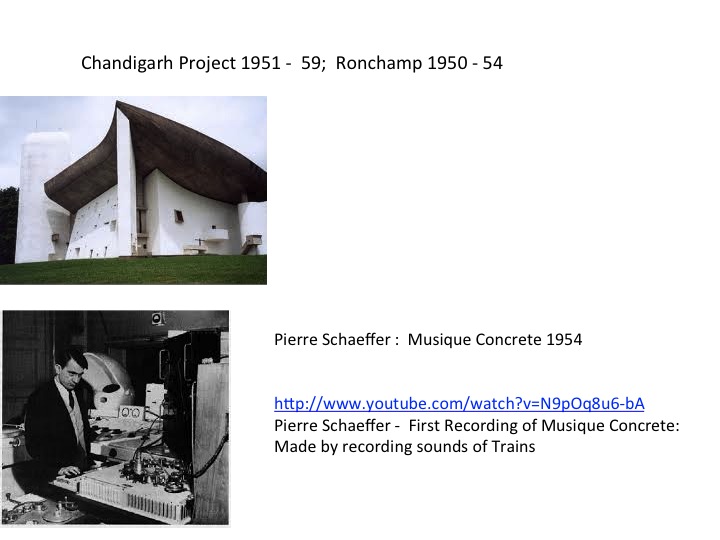 In addition to changes in architectural design related to industrial practices, Le Corbusier and Xenakis spent a great deal of time trying to solve issues related to climate in their buildings.  Thus Le Corbusier's fascination with the development of new ideas about windows and window design (the brise-soleil;  the aerator;  the vision area of the glass).  This compares to today's practitioners who are focusing on the development of several new ways of conditioning space, with hvac technologies asserting strong influence on the language of architectural design. 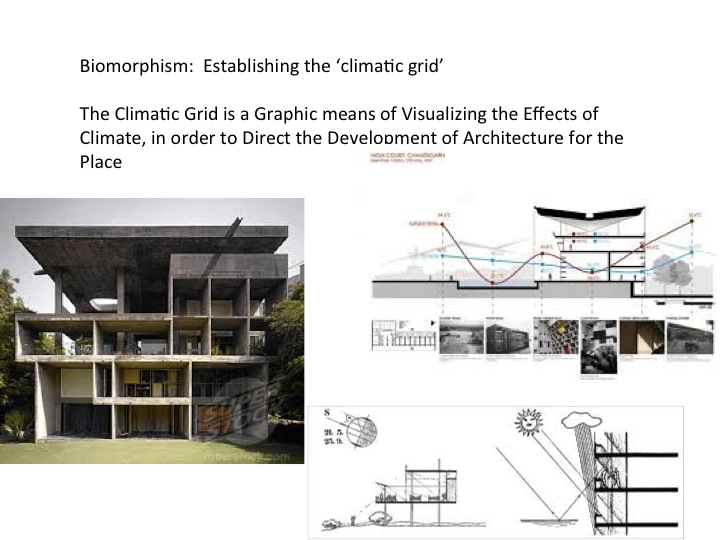 Le Corbusier and Xenakis study the 'climatic grid', above, at the Villa Shodhan in India, above. 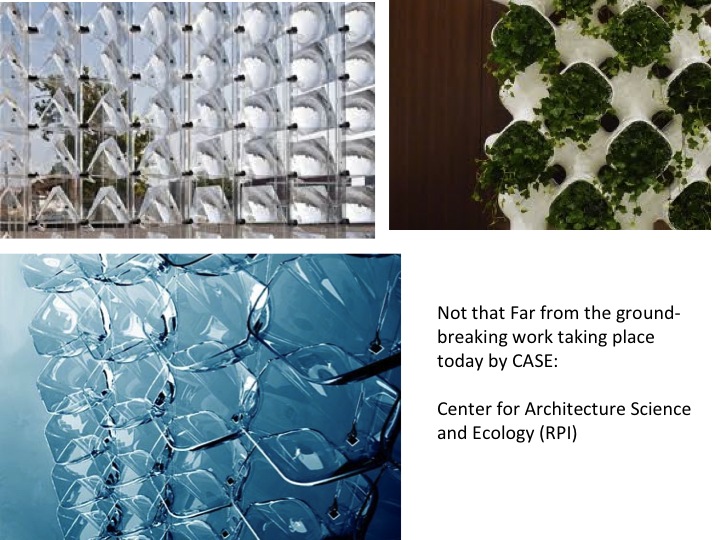 Rensellaer Polytechnic's CASE (Center for Architecture Science and Ecology, above.

Scientific advances, in turn, have affected sound, and composer's interpretations of sound and music. In 1967 composer Istvan Anhalt composed the 'Symphony of Modules'.  In 2008, architect Steven Holl used Anhalt's base composition as the determining geometry for a new house in Seoul, South Korea. 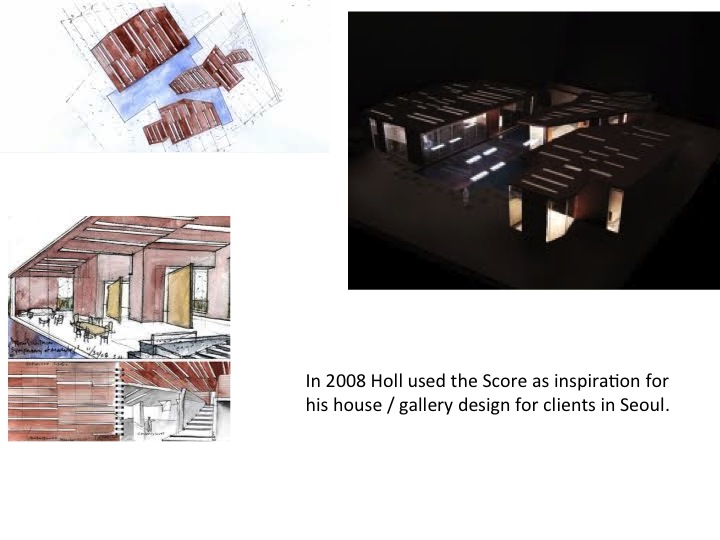 Again, we return to the original piece that I referenced by Martin Rosenberg.  Rosenberg also references the composer John Cage's decision to foreground the interdepences between music and noise in a careful considered deconstruction of the calculus of music notation in the 20th century. 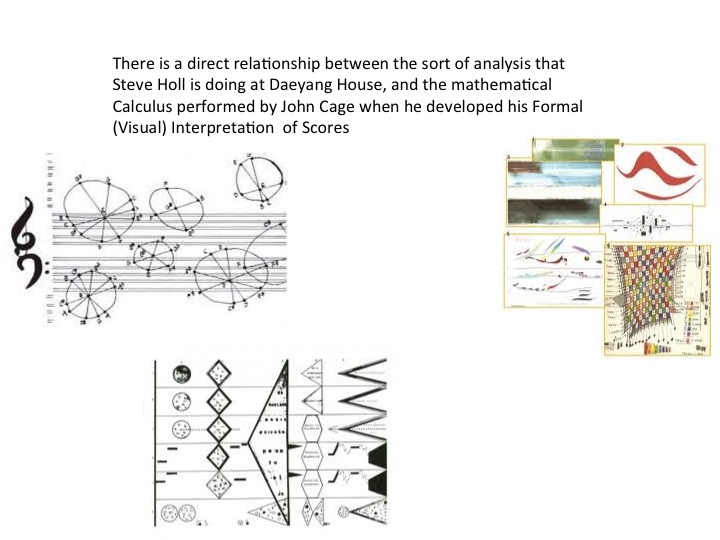 These formal overlaps and references that connect music, architecture, and culture in the 1950's are the subject of lecture 5, for architect Victoria Meyers' seminar:  Sound Urbanism/ Sound Ecology.