« Sound Seminar 5: 'Thelonious Monk, Jazz, and Emergence from Calculus to Cage, and from C.Parker to O.Coleman | Main | Victoria Meyers Architect featured in Everything is Illuminated post, Archiprix TSDM: metu Arch »

Victoria Meyers architect featured in Concepts Magazine, Turkey, for her talk, 'Hack Make - Architecture at the Scale of the Hand' in December 2013 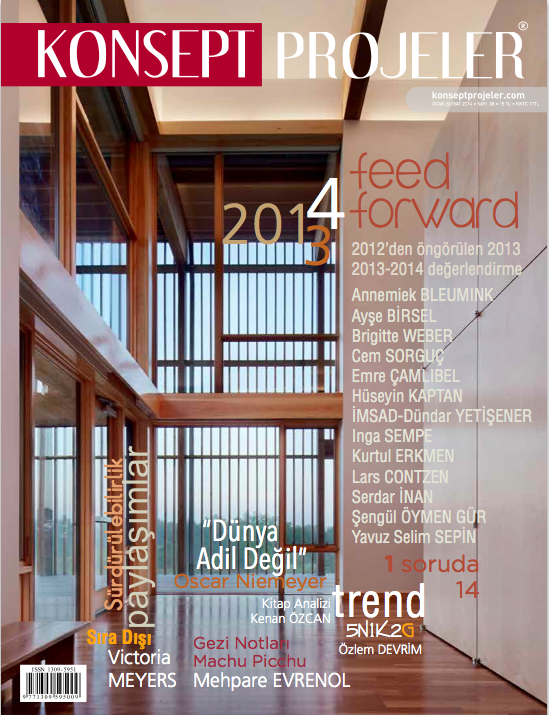 Victoria Meyers architect, of hanrahan Meyers architects, is featured in Konsept Projeler (translates to Concepts Projects), Turkey's premier design magazine, in their December issue.  Meyers was in Turkey, as the International Juror for the 2013 Turkish Archiprix.  After judging the Archiprix, Meyers gave a public lecture, describing her firm, hMa, and how she and her partner, Hanrahan, have developed new typologies, studying ideas for Hacker-Maker spaces.  Meyers is currently studying Hacker Maker in her design studio at the University of Cincinnati's School of Architecture, where she is teaching a design studio, with the concept of a Hacker-Maker.  Meyers is the David Niland Chair at the University of Cincinnati School of Architecture

Meyers also discussed her upcoming book, Shape of Sound, during her interview with Concepts interviewer, Baran Danis, and the effect that the study of sound as a formal issue, has also affected the development of hMa's designs.

The article is reproduced below.  I hope they had nice things to say!  They gave hMa a beautiful spread, including extensive views of Won Buddhist Retreat, Holley House, DWi-P, and Infinity Chapel.  You can find out more about the magazine, here:  www.konseptprojeler.com. 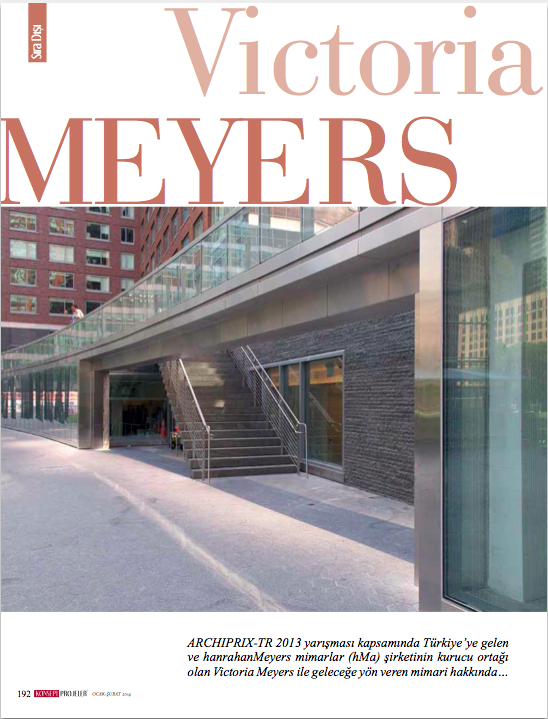 Shown above, hMa's DWi-P, a new public building by hMa, featuring a first, Digitally Interactive Facade.  The building had a soft opening in November 2013.  The building is planned to have a formal opening, in 2014, after the DWi-P App is published, and the facade comes 'online' as an interactive public space. 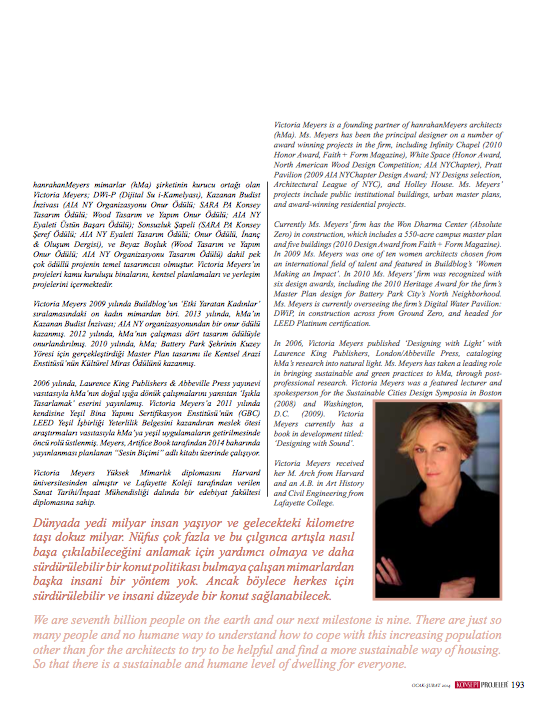 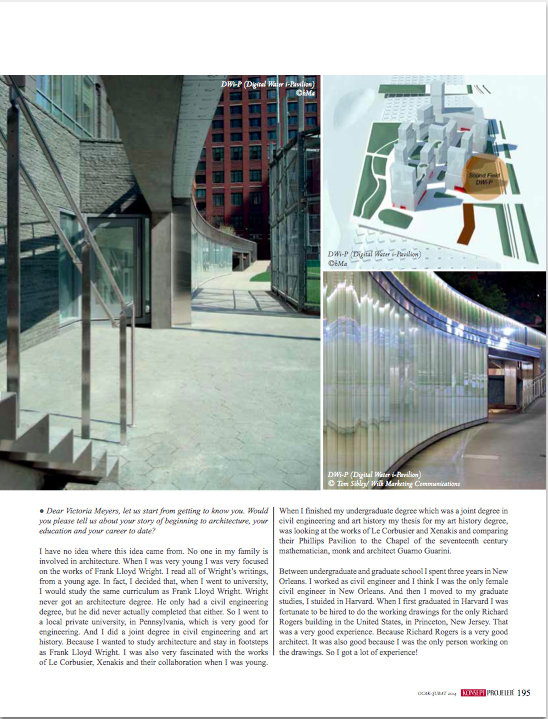 Above:  More images of hMa's DWi-P (Digital Water i-Pavilion).  During her talk at the conclusion of the Turkish Archiprix, Meyers discussed the work of hMa, and how the firm's investigations into contemporary space include Bio-Morphism, and self-replicating systems.  DWi-P is a building that shows this research, as it is a self-replicating system, repeating details that hMa developed in earlier projects, mostly at Infinity Chapel. 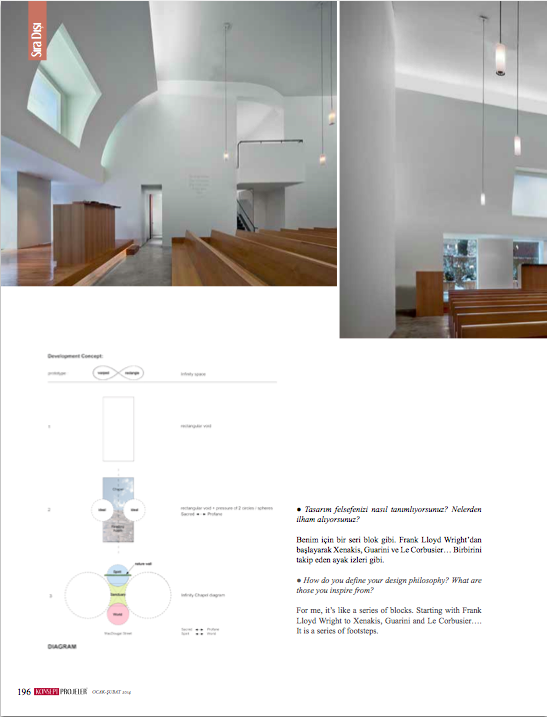 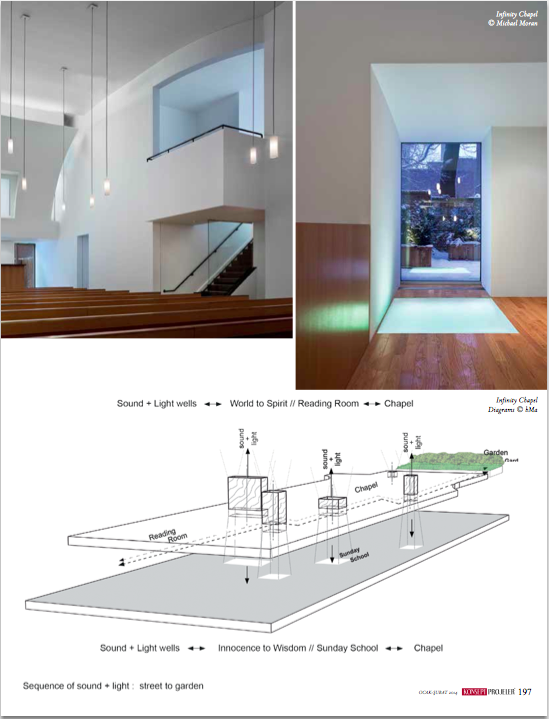 Above:  hMa"  Snd.Bx-2 Diagram, showing how sound and light form the sequence from MacDougal Street to a rear, outdoor Garden Chapel. 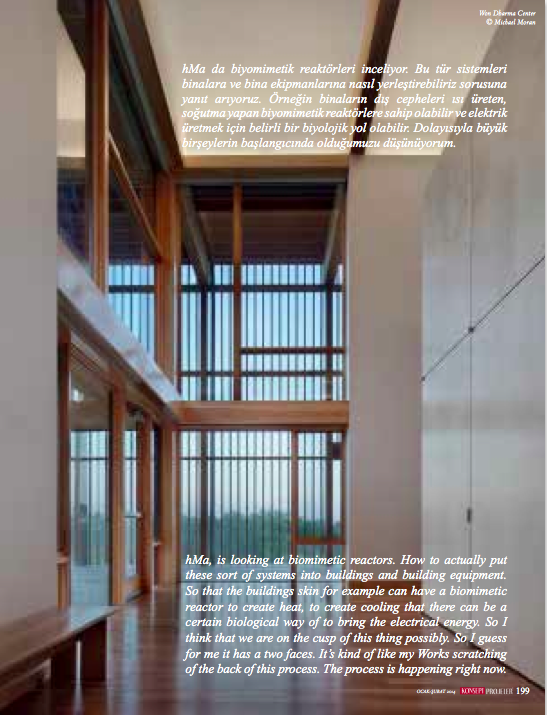 Another detail shot of the entry sequence into the meditation hall at Won Buddhist Retreat.  Again, hMa applied ideas that the firm has developed around sound as a formal design element.  The Meditation Hall is designed as a space of 'silence'.  The Hall features state of the art sound dampening details.  If the Buddhists close the doors to the hall, the main hall is completely sound isolated from the surroundings. 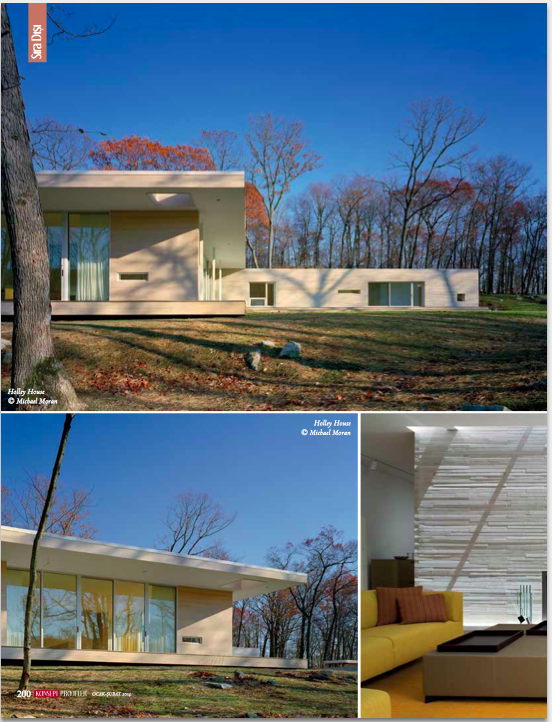 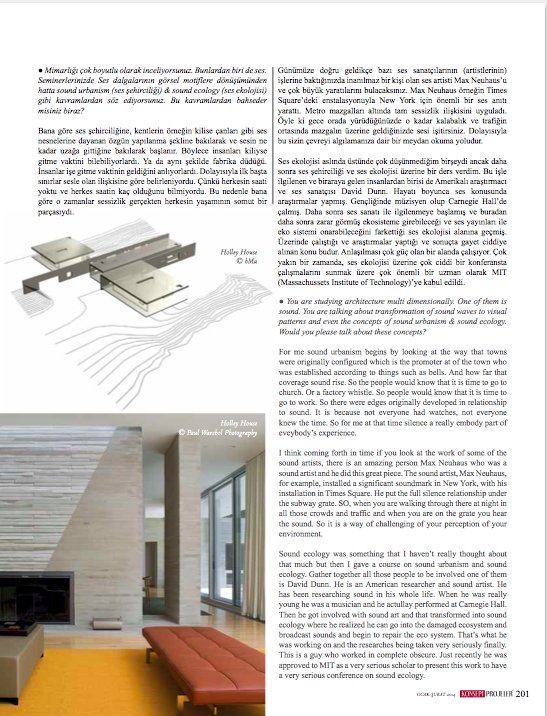 Holley House:  two pavilions floated in a landscape;  a Stone Wall (inspired by artist Andy Goldsworthy) creates a zone of Entry and Circulation between the two pavilions. 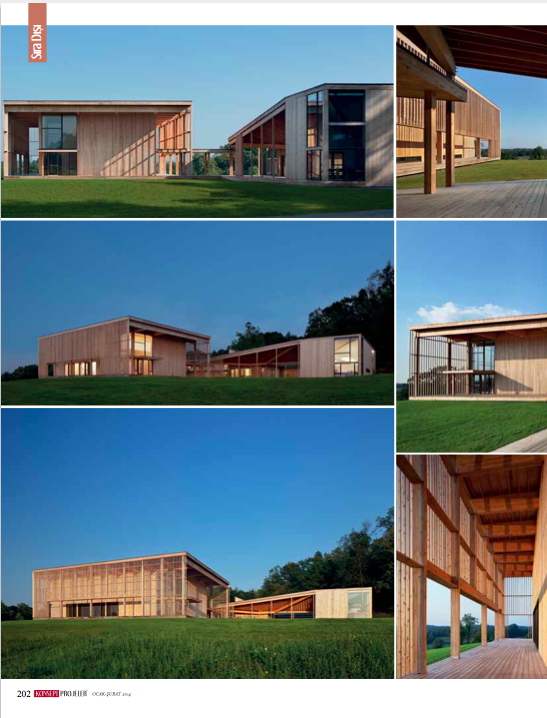 Above:  more images of Won Buddhist Retreat.  hMa won an AIA Honor Award for this project.  The project included a 550-acre site, where hMa designed the Master Plan, as well as the design of five buildings.  hMa designed the site (which was a Brownfield site), and the five new buildings, to have zero-carbon-footprint. 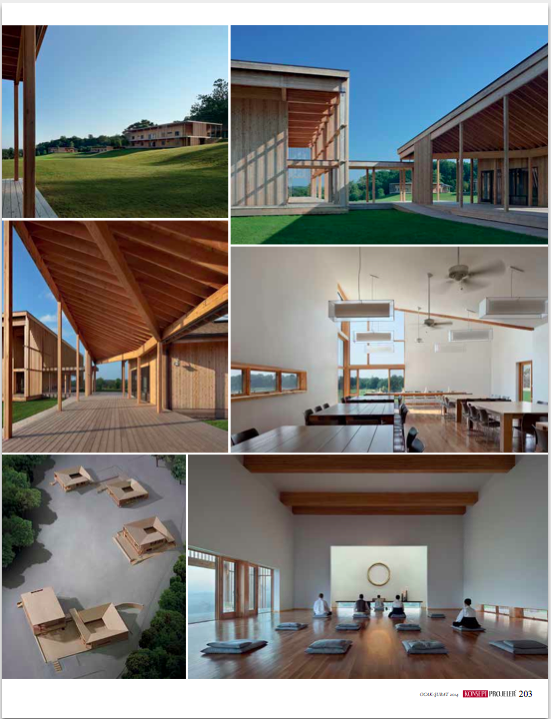 Above:  Won Buddhist Retreat:  All woods in the project are FSC woods.  The image, directly above, shows the Buddhists in morning meditation practice, at sunrise. 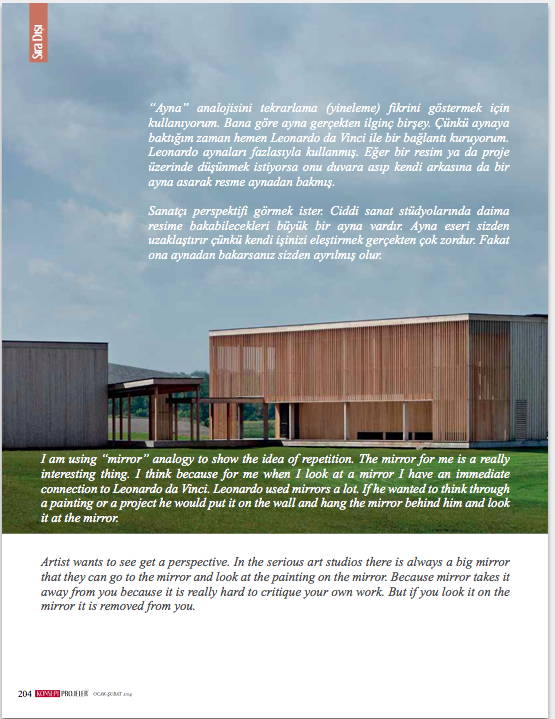 The mirror analogy above, is from Meyers' lecture, discussing how hMa uses the concept of 'mirror' on hMa projects.  By replicating details and ideas from earlier designs, hMa projects form an eco-system, based on principals similar to concepts of design in the work of Skylar Tibbits.  hMa's work is a 'self-replicating system'.