Form can amplify or muffle sound.   When architects design landscapes or rooms to support sound, they often start with form.  Sounds, like shadows, require form to exist.   Formed surfaces support the reverberation of sound waves, and when architects design rooms to support sound, the properties of sound influence how designers shape the form of the space. 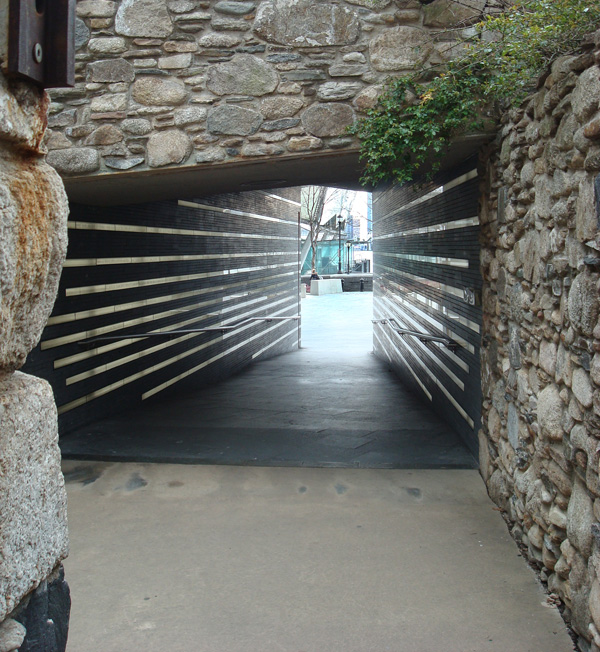 Complex forms create complex acoustical signatures.  Hans Scharoun’s Philharmonic Concert Hall in Berlin was famous when it opened in 1963 for its odd, organic form.  Scharoun designed the Philharmonie with unique acoustics including a seating pattern that placed the orchestra within the audience:  a ‘theater in the round’.

The Philharmonie’s interior form disrupted the traditional separation between performers and the audience, in response to Scharoun’s desire to create a concert hall where sound could flow freely, in all directions.  In addition to placing musicians near the center of the hall, Scharoun designed tiered seating for the audience and the performers to underline his desire to make a room, like a sphere, with omni-directional sound.  The shape of the hall, as well as Scharoun’s concept for the seating, contributed to the creation of a room with a unique distribution of sound waves. 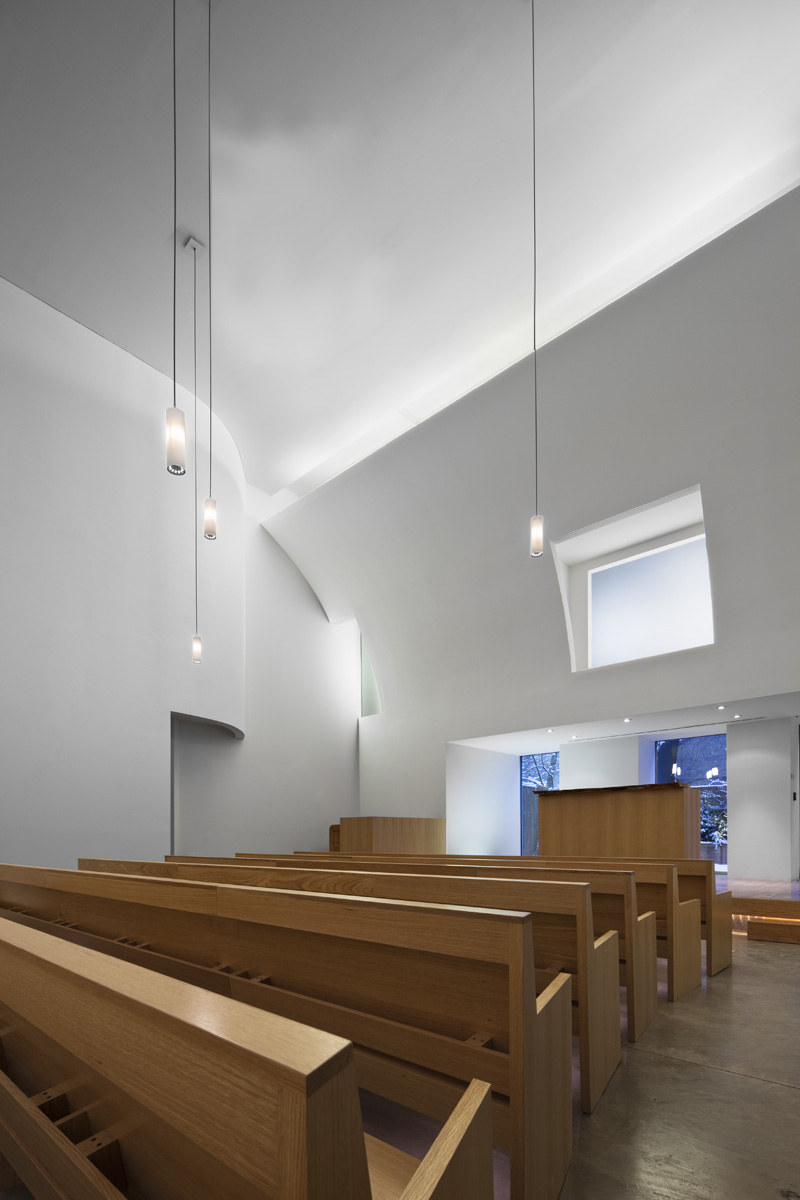 Infinity Chapel is a unique formal strategy of curved walls, plus a series of sound and light wells (sound-Bx2). Infinity Chapel’s curved walls create a unique space for sound with perfect acoustics achieved through complex curvatures backed by concrete masonry walls.  The room includes acoustical glass panels at the east and west walls, to achieve transparency through the building to the garden chapel, while supporting the chapel’s design for resonant sound. 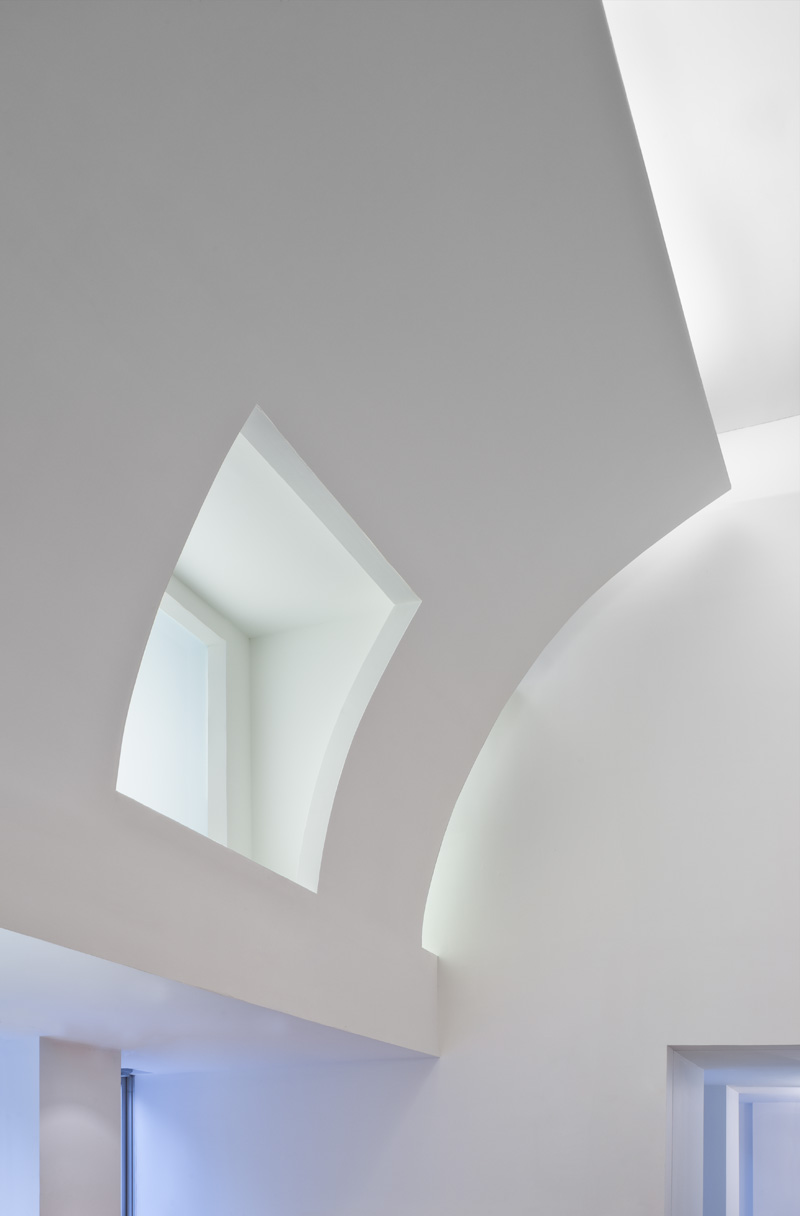