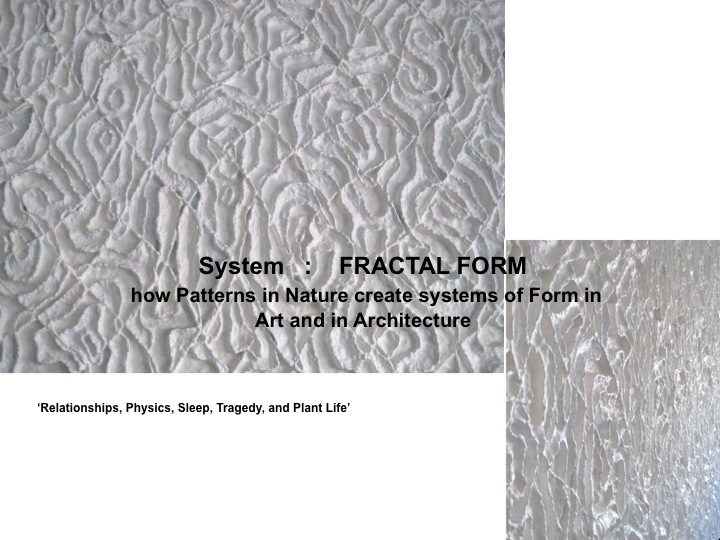 In 2014, Brooklyn based artist Bruce Pearson invited hMa to collaborate with him, and to develop a concept for an architectural armature for Fractal form, with a Text-based formal investigation. The image above shows one of Bruce Pearson's paintings of text, based on fractal form.  The painting above is a 4' x 6' fractal rendition of the words:  'Relationships Physics Sleep Tragedy and Plant Life'.  Pearson simultaneously sculpts his paintings into fractal form in blue foam, and then paints the same text, again in a fractal format, shifted, on top of the original bas-relief text. 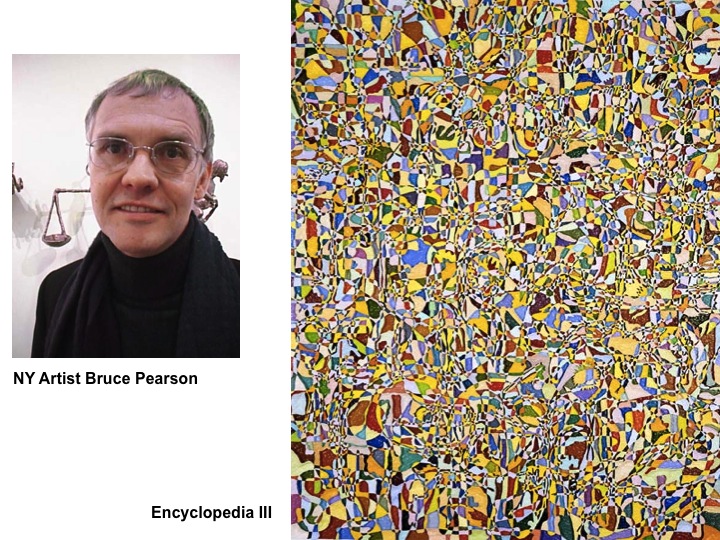 Above, a photograph of Bruce Pearson, next to his painting, Encyclopedia III.  Bruce explains his work as splicing text into visual compositions.  His paintings feature hundreds of fragments, with his texts woven through the fragments.  In 2014,  Bruce invited hMa to collaborate on a 3-dimensional version of one of his texts. 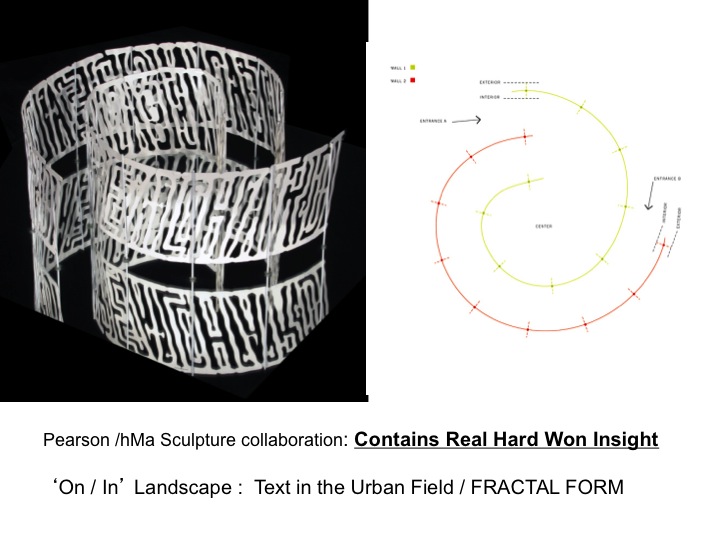 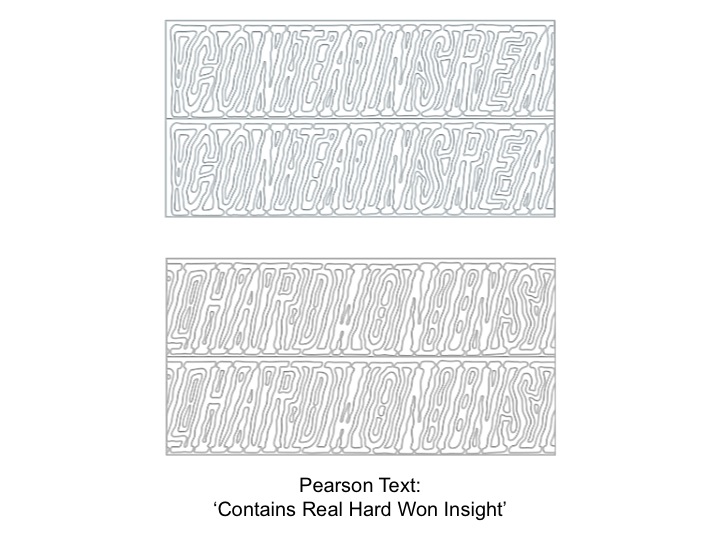 We started our collaboration with Pearson's drawing of his text:  'Contains Real Hard Won Insight' -  a series of letters broken into fractal forms. 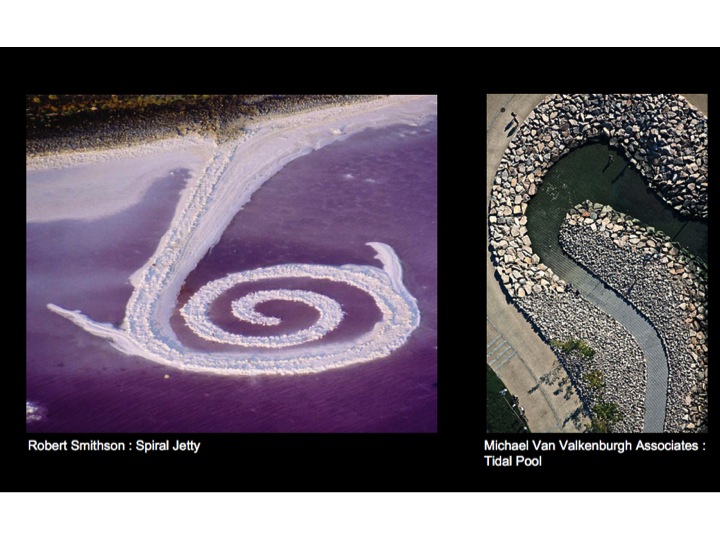 As a precedent, we looked at Robert Smithson's land sculpture, Spiral Jetty -  in the Great Salt Lake in Utah.  We also looked at Michael van Valkenburgh's Tidal Pool at the Brooklyn Bridge Park, in NYC. 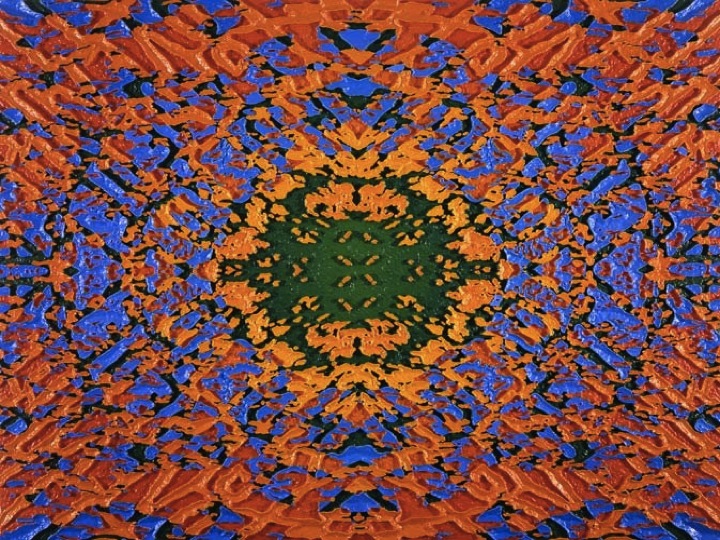 The project involved finding a way to construct an architectural armature, capable of supporting fractal forms, without disrupting the experience of the fractals, or the text. 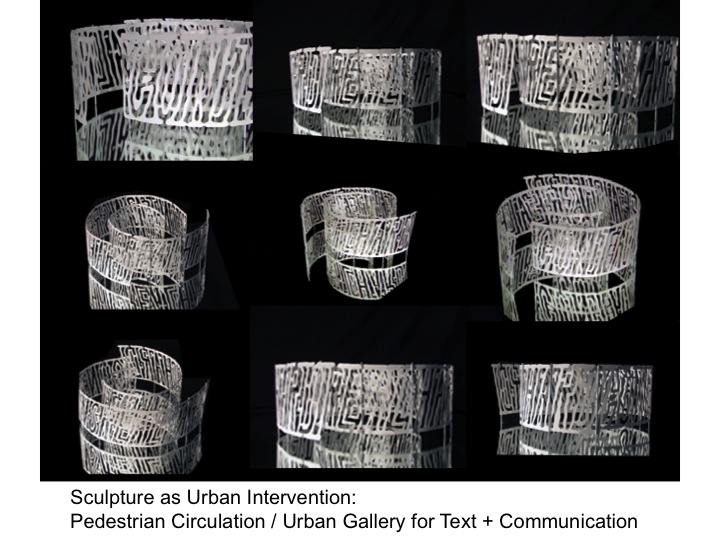 Above:  hMa's maquette, or model, of the sculpture, as a 9-square grid. 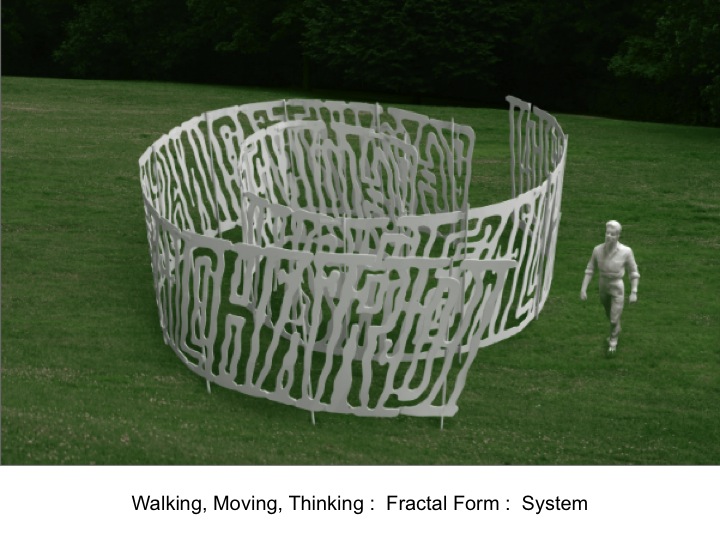 Pearson Studio's 3-D model of the project, with a scale human figure.  hMa's work is very involved with the concept of 'walking, moving, and thinking' -  as the primary experience of Architecture.  We overlaid this over Pearson's fragmented text. 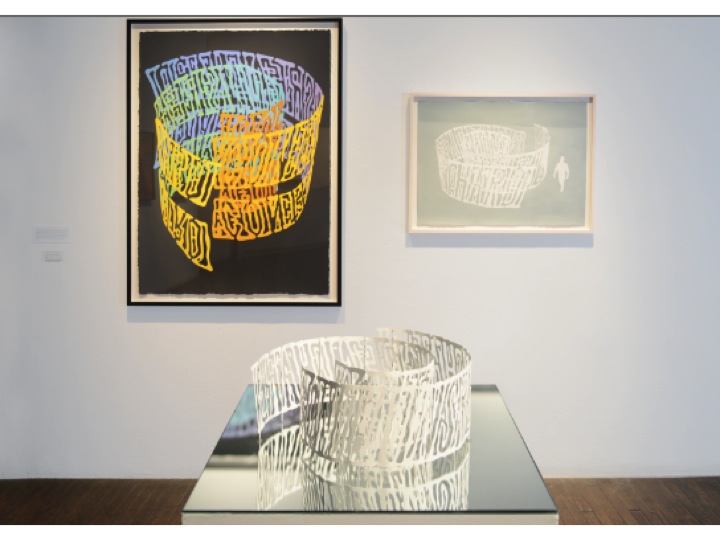 Above:  the Pearson - hMa collaboration, as it appeared at Pearson's one-man show, at Feldman Gallery in 2014.