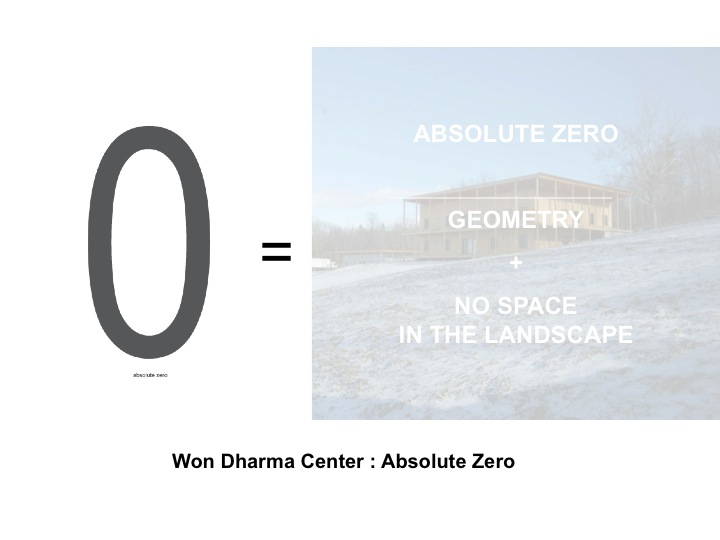 hMa also refers to this project as:  Geometry and No Space in the Landscape’.  This is a project where hMa Designed the site master plan, in addition to five buildings on the site:  a Meditation Hall that is a place of stasis, and four Residential Buildings that are dynamic in form, with fractal roofs. 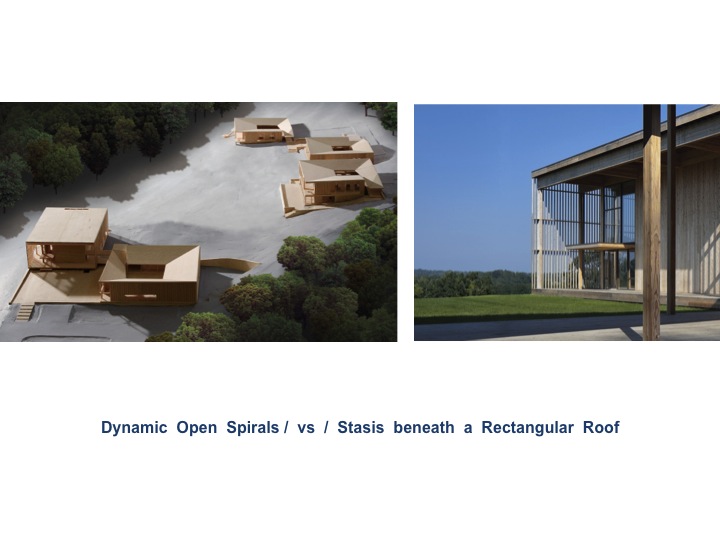 Shown above:  the site master plan model.  The site was an abandoned rock quarry.  The Satellite of the site (below) shows how hMa kept the existing drive into the site.   hMa then sited the five buildings for the Retreat where the quarry had been.  This is a Brownfield Mitigation project. 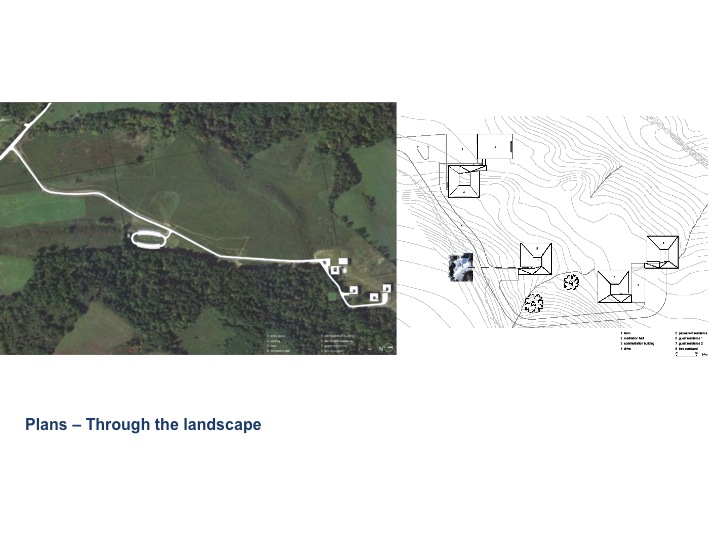 Above,  the site plan.

Above:  the Retreat Meditation Hall, next to the Dining Hall / Administration Building.  These two buildings create an entry courtyard, the first Retreat space visitors encounter. 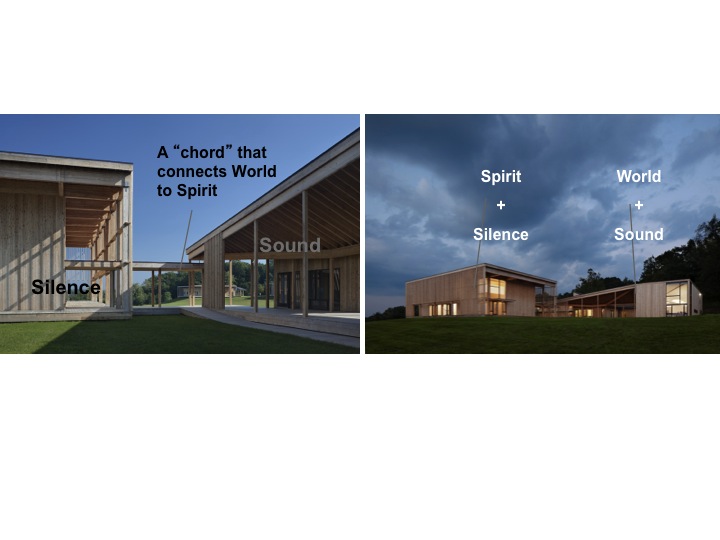 Above:  a wood bridge that connects the Dining Hall to the Meditation Hall Porch.  When you go to the Won Dharma Retreat, visitors are allowed to speak in all areas, except the Meditation Temple

The Bridge was requested by the Clients as a transition space to bridge the gap between everyday life, speaking, and meditation, spiritual practice, and silence. 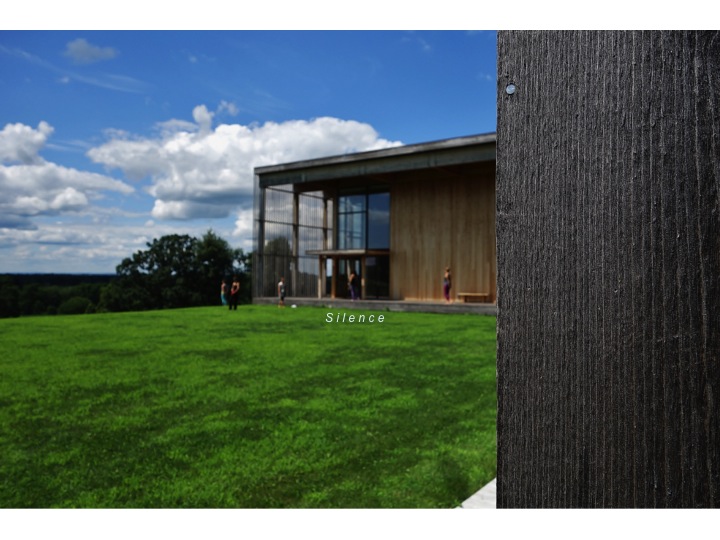 Above:  Won Buddhist Meditation Hall this past August, with a silent yoga retreat.  You can see the Meditation Hall with practitioners in yoga poses as part of the retreat.  Half of the focus in the photo is on the wood column. In addition to energy, this project is very much about the materiality of  wood. 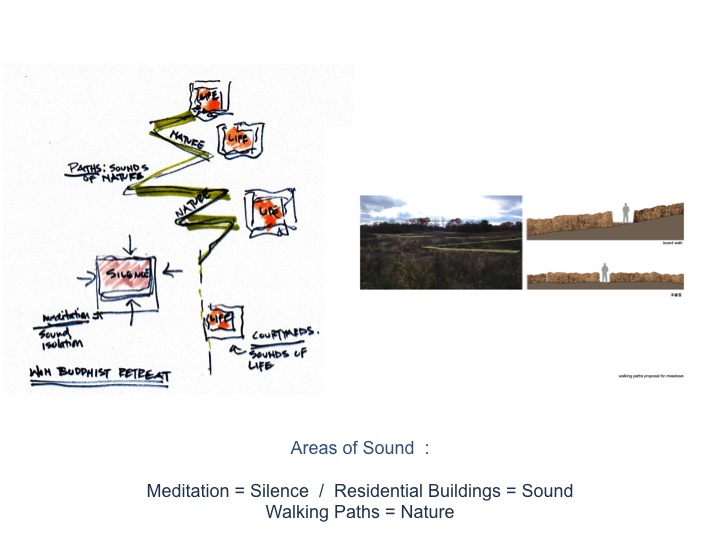 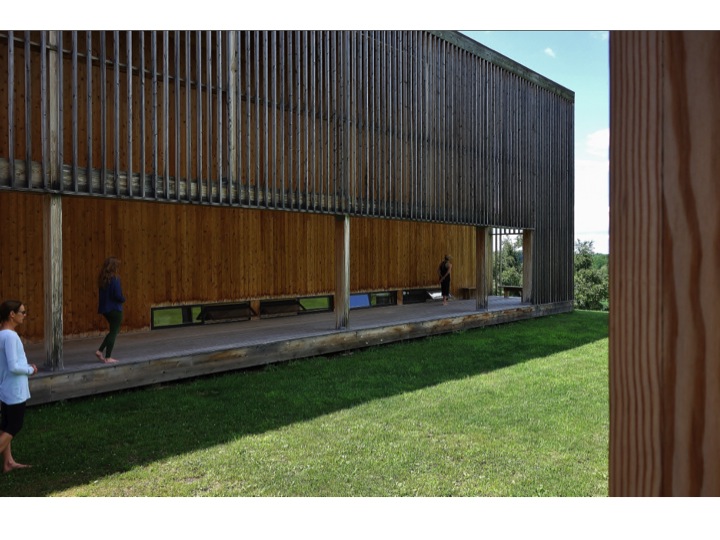 hMa also designed the master plan for the 700-Acre site.  The Buddhists requested that we use the residential buildings as places to initiat walking meditation.  They requested that we layout a series of paths between buildings to guide where people walk.  The diagonal shape of the paths mimicthe diagonal relationships between the four courtyard buildings by hMa. 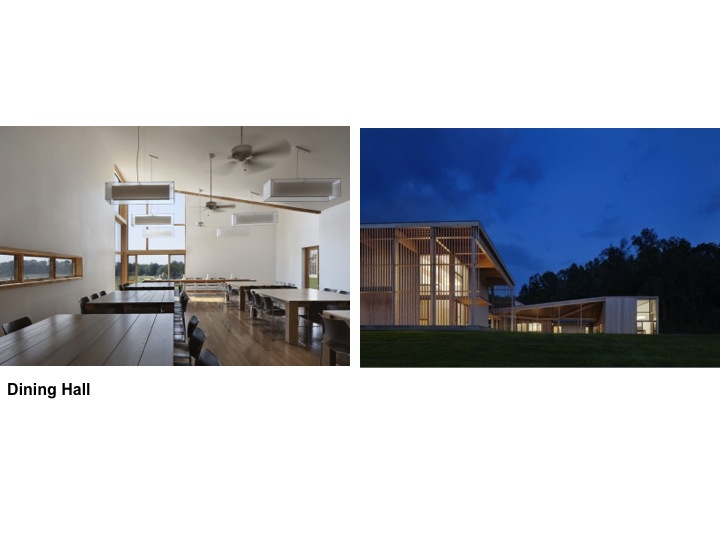 Above, the Dining Hall:  part of the Buddhist spiritual practice is centered around natural foods, and a plant based diet. 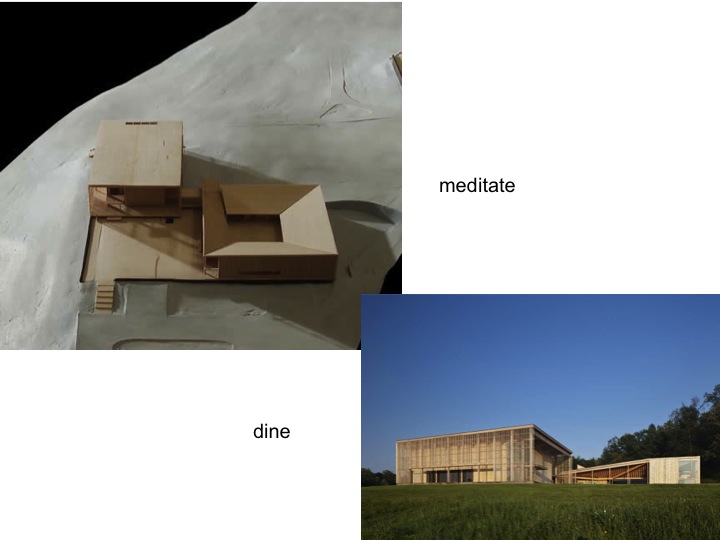 Meditation Hall and Dining Hall sit -  side by side  - as a contrast of elements. 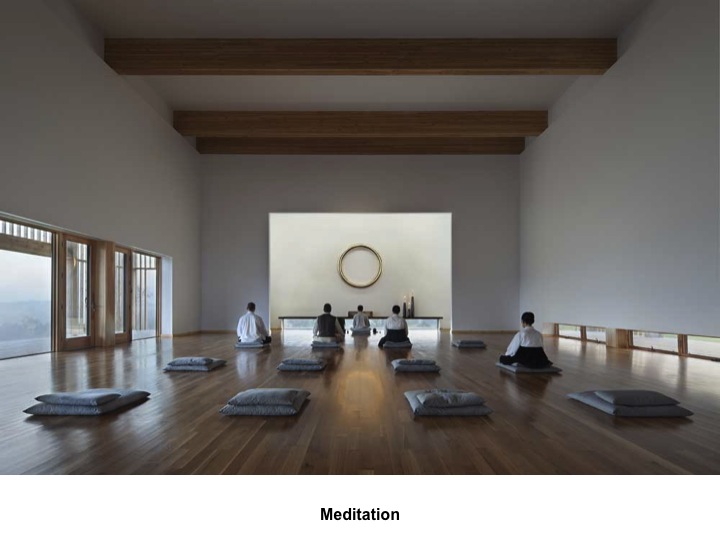 Buddhists in meditation at dawn. 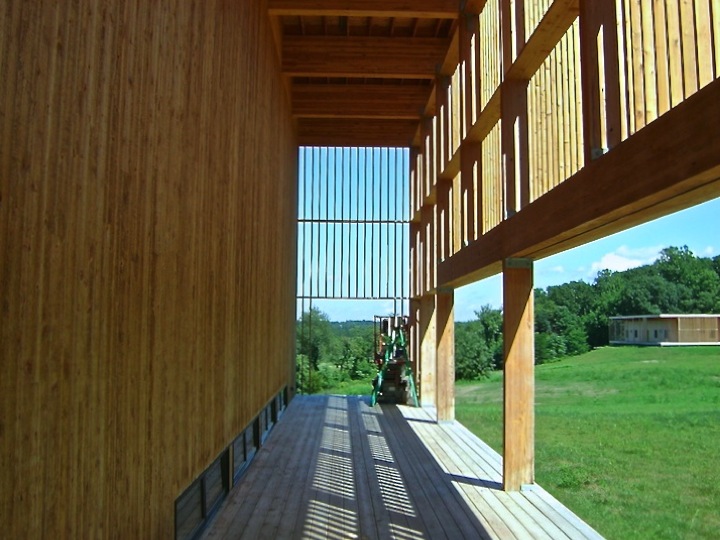 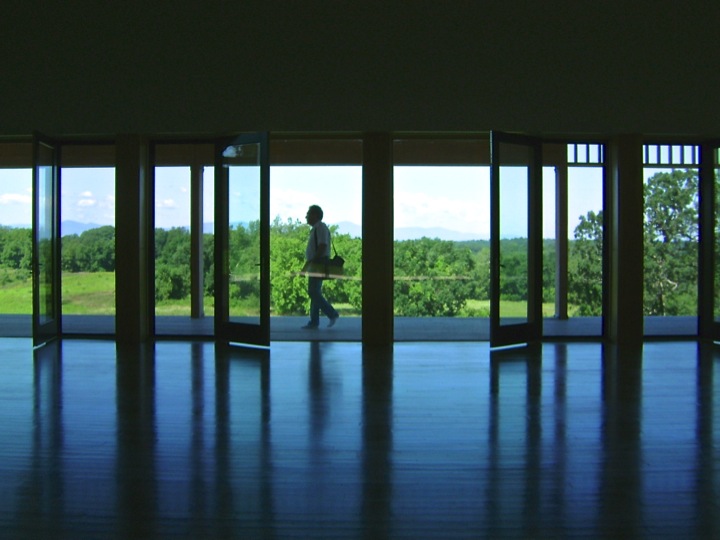 Above:  walking to yoga.