hMa and the architecture of sound, water, + movement: DWi-P 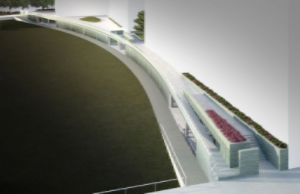 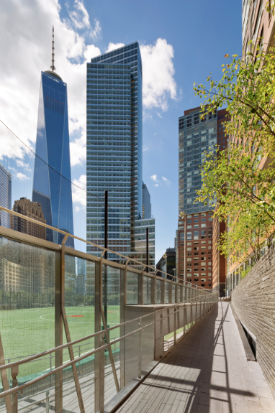 DWi-P’s façade makes an edge to the Murray-Warren Passage, a new parkway link between Murray and Warren Streets. Visitors to DWi-P can walk along the Passage, adjacent to the inscribed score, or move up through the building, using exterior stairs and ramps built into the facade. hMa Principal Meyers catalogs DWi-P and hMa’s collaboration with composer M.J. Schumacher in her recently published book, Shape of Sound (May 2014, Artifice Books London). 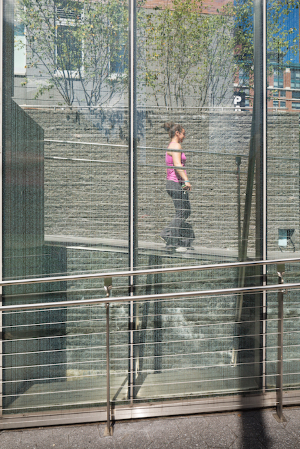 DWi-P’s internal program continues the theme of water: the pool room and swim program are the principal program areas in the building. DWi-P is operated by Asphalt Green, an organization that specializes in teaching swimming. Graduates of the program have participated with U.S. Olympic Swim Teams. The program includes visits by previous Olympic team members. 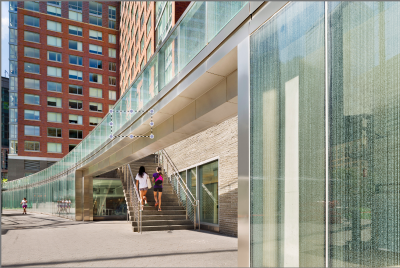 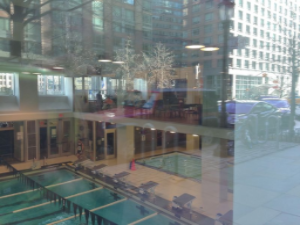 DWi-P is a LEED Gold certified building, with an emphasis on water. The building’s water systems include a grey water recycle system, and a fresh salt-water, heat recovery system for the pools.

Sound and Movement with Meditation Education 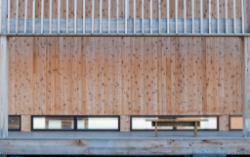 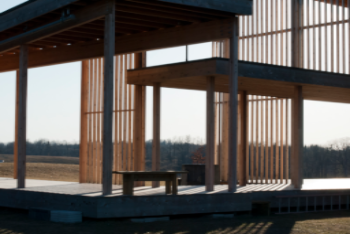 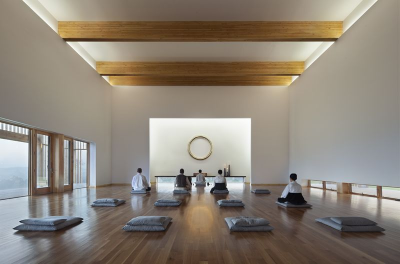 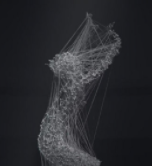 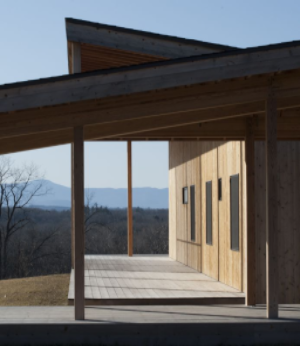 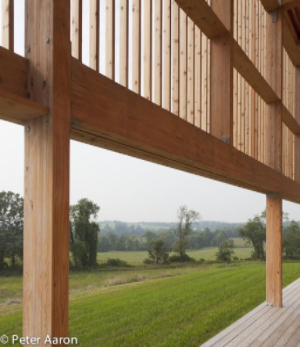 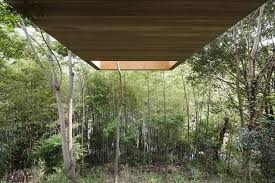 Invisible Buildings:  architect Victoria Meyers and hMa collaborate to design buildings that 'disappear' - in plain sight.  How do you make the 'slight of hand' work when the object you are trying to 'disappear' is a building?

hMa does this at Won Buddhists through details that mask their buildings, and blend the reading of the buildings into landscape.  A series of screens act as camouflage, and make building edges that have the thickness and non-specificity of trees.  Trees and plants have very complex edges.  By studying the biological edges of plant matter, hMa developed a series of operations that screen their buildings from public view. 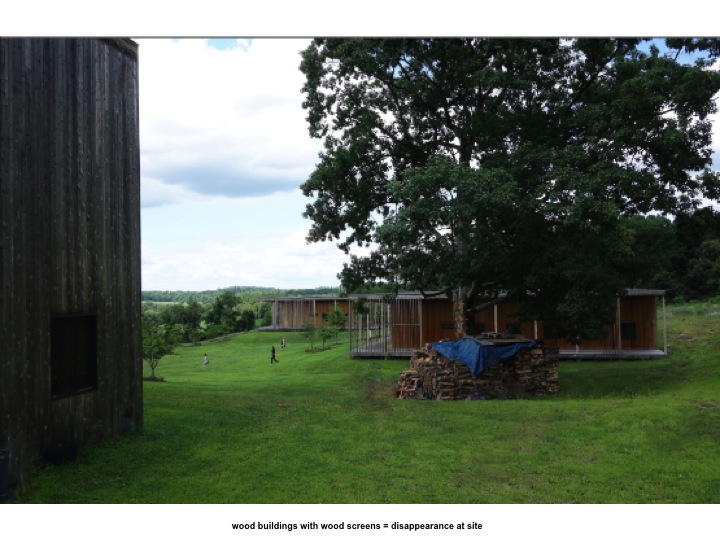 In addition to non-specific edges of buildings, hMa's roads are gravel, from the original gravel pits on the site.  And the landscape plans for the site include the planting of tall meadow grasses and trees to mask the built areas of the site. 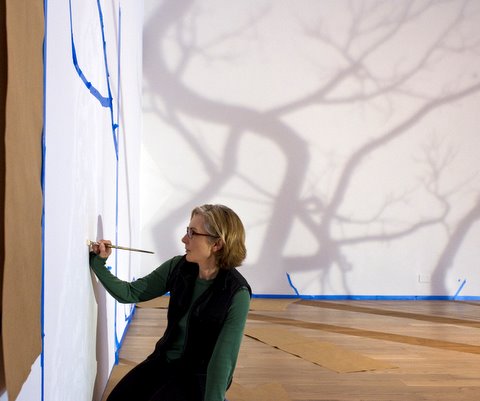 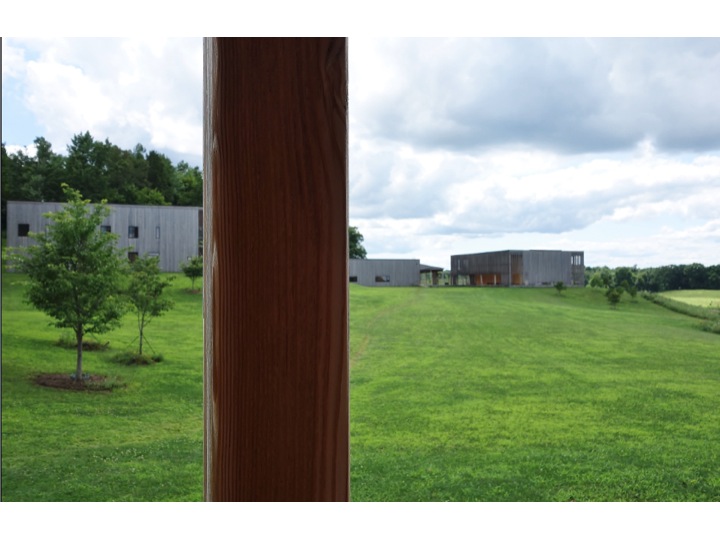 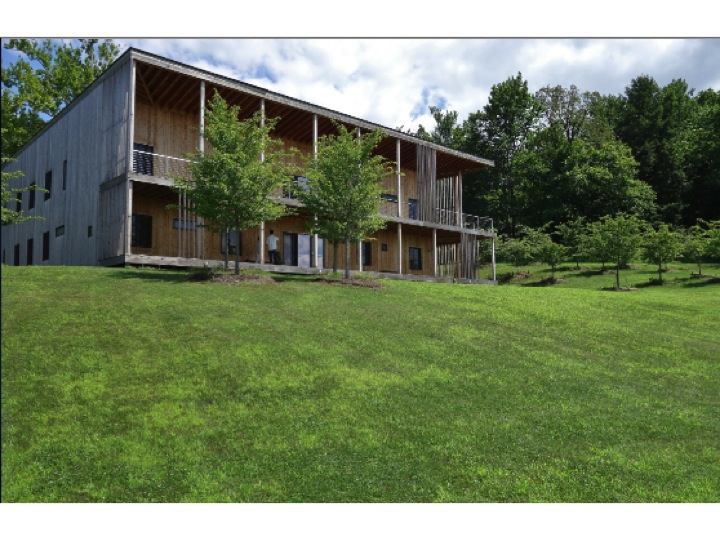 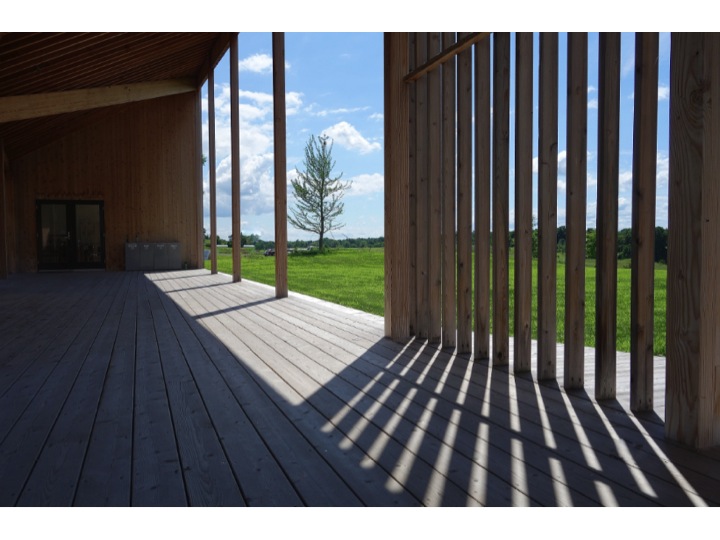 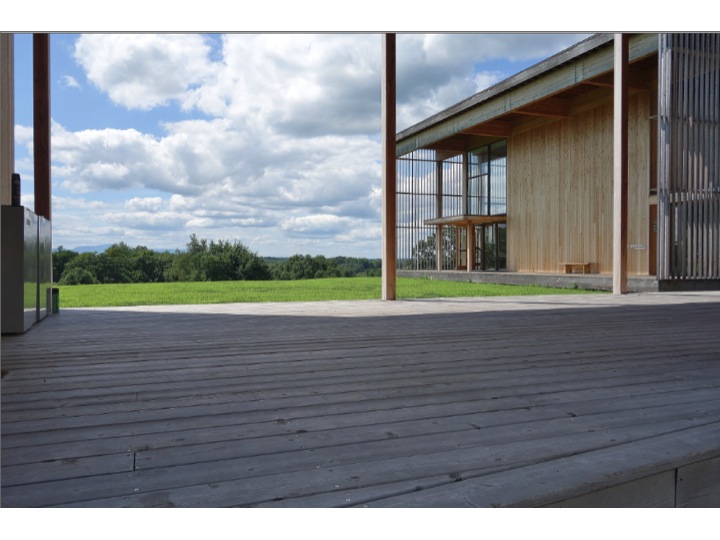 It is the 'infinite horizon' that hMa was seeking in their development of the Buddhist project. 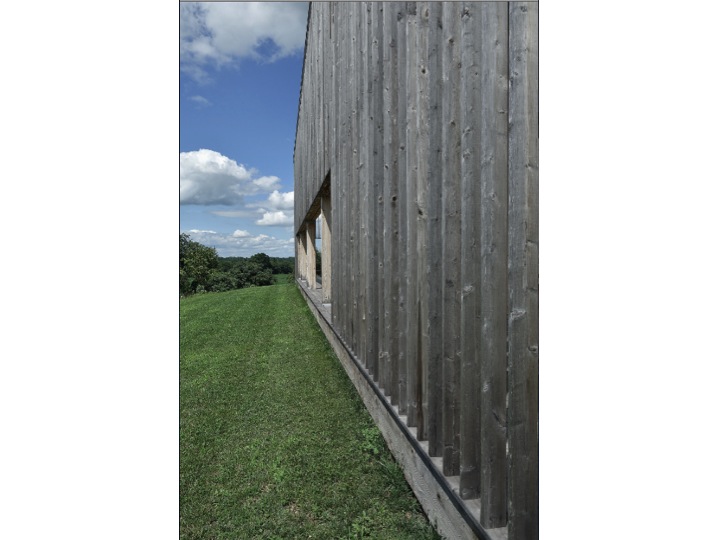